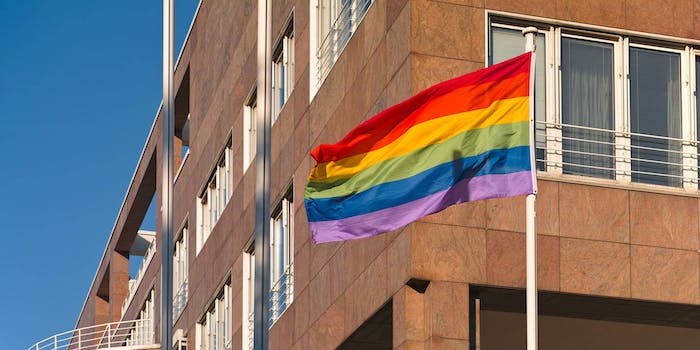 Bonus: They're also reminding youth that it's OK to be queer.

LGBTQ-owned businesses are absolutely booming, according to a recent report from the National Gay & Lesbian Chamber of Commerce (NGLCC). If all estimated LGBTQ-owned businesses in the U.S. are projected, queer business enterprises added $1.7 trillion to our economy in 2015. And if we look at just the businesses that are certified LGBTQ through the NGLCC, the number is still impressive, coming in at $1.15 billion for the year.

Even more exciting? The number of non-white LGBTQ business owners has grown significantly in recent years, now up to 17 percent.

There are a lot of fantastic findings in the NGLCC’s “America’s LGBT Economy” report. First off, it suggests that certified LGBT Business Enterprises (LGBTBE) have created over 33,000 jobs in the U.S. Interestingly, LGBTQ-owned businesses seem to be more stable; while some studies suggest that small businesses tend to fail within the first five years, most queer-owned enterprises have been open at least 12 years.

The social impact of queer-identified businesses is a big one. People sometimes wonder why it’s so important for LGBTQ people to come out about their sexual orientation or gender identity, or question whether it’s “appropriate” to be openly identified as queer at work. First off, LGBTQ people are already everywhere—doctors, lawyers, teachers, bakers, you name it, queer people do it—but social norms suggest that by default, most everyone is heterosexual and cisgender.

Second, recognizing and celebrating LGBTQ-owned businesses is great for queer youth who are seeking positive representation of people like them in the media. It’s also an excellent way for people to know how to support marginalized and minority populations and encourage small businesses to stay afloat.