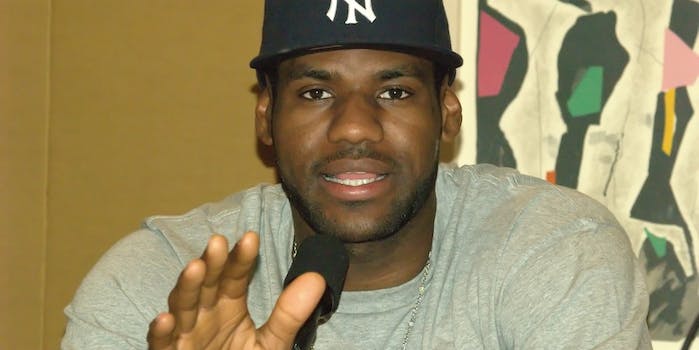 The basketball superstar posted an Instagram video as he drove through oncoming traffic.

While hundreds of fans sat in bumper-to-bumper traffic Friday evening clamoring to get to Justin Timberlake and Jay-Z’s “Legends of Summer” show in Miami, basketball superstar LeBron James received a police escort allowing him to travel into oncoming traffic.

Now James, who helped his Miami Heat team win the 2013 NBA Championship, and the Miami-Dade Police Department have come under fire for giving the All-Star baller preferential treatment after he captured the trip to Sun Life Stadium in the following Instagram video.

They treat us so well! Needed it cause traffic was nuts!! http://t.co/UIWRZE2BVQ

“This was not a scheduled escort and although all safety precautions were taken, the department has identified these actions as a violation of departmental policy,” the police department said in a statement. “The Miami-Dade Police Department will continue to look into the matter.”

James’s message has been retweeted and favorited more than 700 times.

And for anyone who was wondering, James made it to the concert just fine. He tweeted the following video from the show: