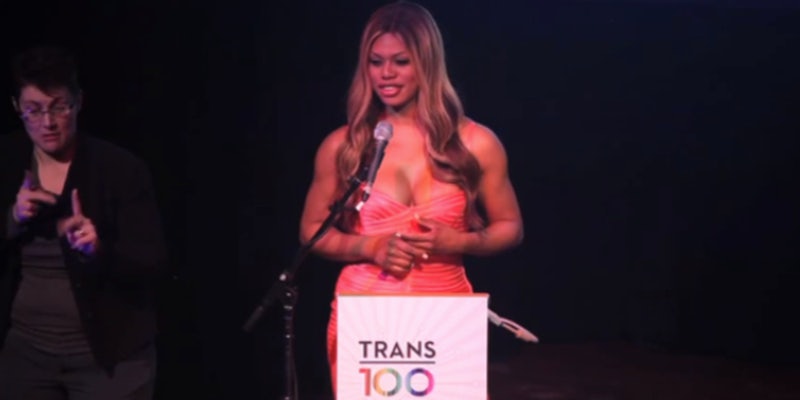 “So often, trans people are told that our lives don’t matter."

Last week, the Trans 100 list went public, celebrating those who have raised the public profile or made a difference for transgender people. This list was read live two weeks ago, at the Trans 100 gala in Chicago. The event also featured keynote speeches by author Janet Mock and Laverne Cox of Orange Is the New Black.

Cox’s speech hinged on the saying, “Hurt people hurt people” and the “revolutionary action” of trans people loving each other, and touched on issues of oppression, kindness, and healing. It’s a powerful, emotional speech, especially when she speaks of the crowdfunding effort for the documentary about CeCe McDonald, a transgender activist who served 19 months in a men’s prison after defending herself from an attack in 2011.

“So often, trans people are told that our lives don’t matter,” Cox says. “Particularly black trans women. And tens of thousands of dollars were raised for this woman CeCe McDonald to prove that our lives do matter.”

Screengrab via the Daily Dot/YouTube