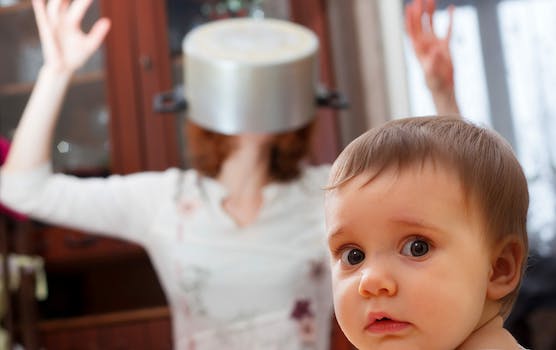 4 perfect, last-minute Mother’s Day gifts for the mom who doesn’t have it all

What Mom really wants is to be left the f**k alone.

You know what mothers, or parent-like guardians regardless of gender, don’t want for Mother’s Day? Lazy, absent gestures.

Sure, you could pair your Rite-Aid greeting card with a goofy teddy bear draped in a pink sash (pink perhaps for breast-cancer awareness? general pro-girliness?). But that just reminds Mom you’re buying into this most commerical of holidays because you think you’re supposed to, not because you want to.

Or you could win the day with just a simple click and a credit card. Let me show you how.

Let’s just get this out of the way. Parents love their kids. They think about them a lot. Many will also spend a great deal of energy being around them and working to ensure they’re fed and stuff. What they won’t do as often, though, is take the alone time they’d like and deserve. Because head’s up: Parents are more engaged parents when they’re better in tune with each other and themselves.

Point being, ask a parent of a child ages 1 month to 150 months if they would turn down a free babysitter to take an evening for themselves. I dare you to find one who’d say no.

Partners (since you buy most of these MD gifts anyway), go ahead and load Urban Sitter on your phone and tell your beloved you got her anytime she needs it. The best gifts are the ones you wouldn’t buy for yourself and are too shy to ask for.

So here’s the thing about babysitters. They come to your house. Where your bed is. And sometimes what you want is not a hot night out but a fucking nap. I often dream of Saturdays of yore when I could doze in and out of some dumb Bravo show, grab a sandwich, and crawl back into bed.

If it’s sunny, a sitter may take your kid for a stroll, but if the weather sucks or it’s past 6pm, those kids will be in your house, and they will know if you’re there, and you better believe they will find you.

So if you’re fortunate to live in a city like New York or Chicago, check out Dayuse. You can rent a bed at a nearby hotel and just take in the quiet for a few hours. If you could put a price tag on peace, especially in midtown, it would be $90 for four-hour nap.

You could also go the whole hog and get your mom a full-on hotel room, not an eighth of one. I remember when I was in the throes of caring for my newborn colicky son—living zombie-like in a two-hour cycle of breastfeeding and rocking/bouncing/pacing him to sleep, only for him to nap for 10 minutes—a friend told me when her kid was my son’s age, her husband got her a hotel room for the night. She said it saved her.

This sounded impossible to me. How would this maddening rotation my son needed happen without me? (Hint: partner, family, stored breastmilk, formula.) I never had the courage to do it or ask for it, but I still think about that being the kindest gesture anyone could have granted me at the time. It doesn’t matter if she’s a mother to a newborn or a teenager, offer it. Offer it now.

When all else fails, pick the lowest hanging fruit. Apps like Swill and Drizly are offered in select cities to get bottles of wine and whiskey delivered to her door. Maybe even drop in the customer service’s DMs and see if they can provide a gift card so she can make her own purchases when it’s most necessary.

If alcohol isn’t your mom’s thing (to be honest, sometimes I want an Oreo shake more than I want a beer), then get on Seamless and order one or 10 of what she really wants. Or get a Seamless gift card, so she can take her paid nap with a side of garbage TV and a large curly fries whenever she wants. (On that note, if you haven’t hooked your mom up with HBO Now or Netflix, get on that too.)

There you have it, lazy fools. Mom will pay attention to you if you let her. For one day, don’t let her.