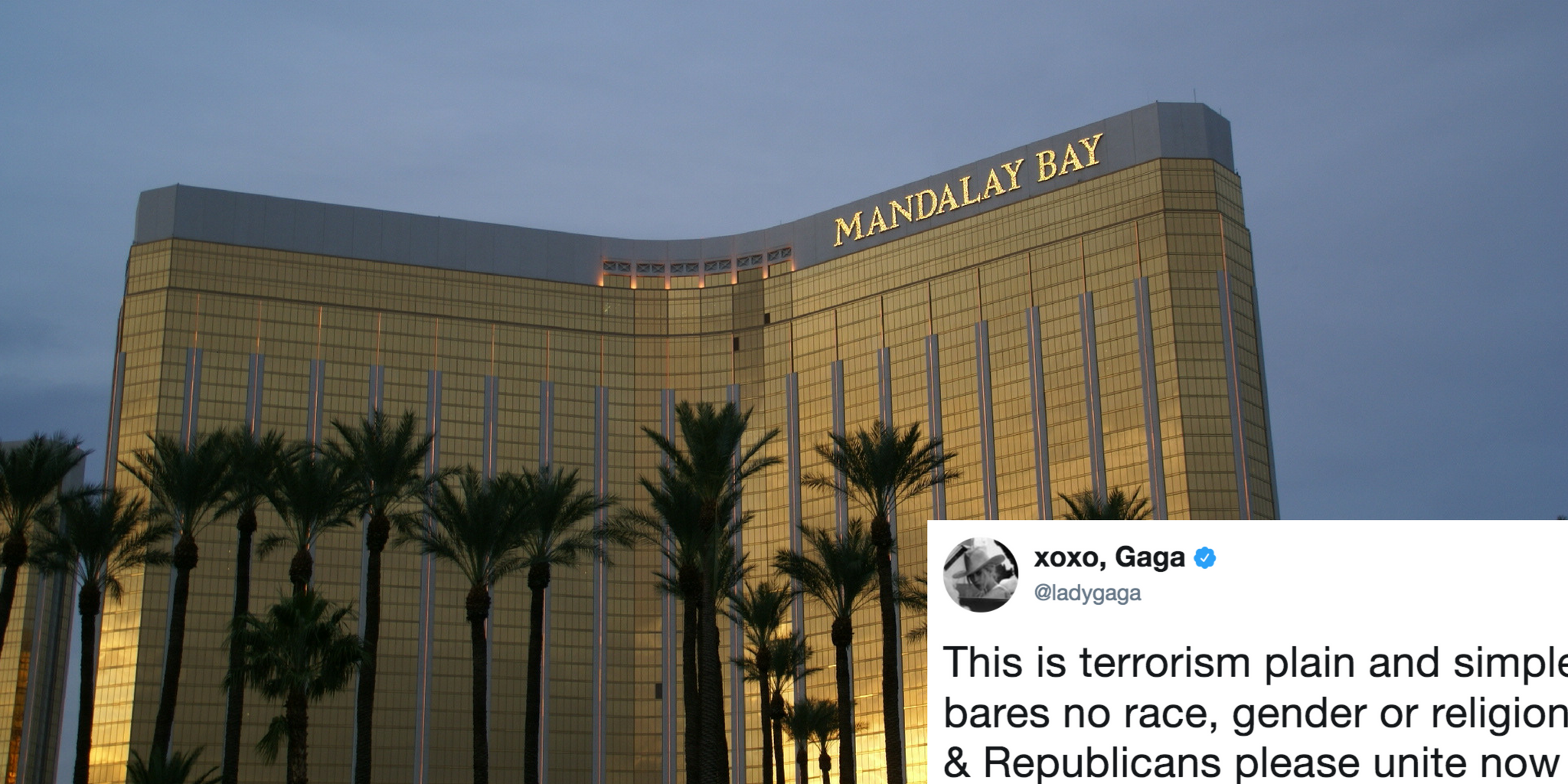 If the deadliest mass shooting in modern U.S. history isn’t terrorism, what is it?

Why is the U.S. so slow to label Stephen Paddock as a terrorist?

More than a day has passed since Stephen Paddock carried out the deadliest mass shooting in modern U.S. history, killing 59 people and injuring 500 more in Las Vegas. However, critics across the internet have been left with more questions than answers after shooting investigation officials, and subsequently the media, have resisted labeling the mass murder as an act of terrorism.

On Monday morning, officials said they found no connection between Paddock’s actions and international terrorist groups. Meanwhile, profile pieces and updates on new information about Paddock pegged him as “gambler who drew little attention” who was a “multi-millionaire real estate investor.”

In other words, Paddock was a man who fit the mold for the media’s narrative of the “lone wolf” who just snapped and is definitely, definitely not a person of color, and therefore will not be referred to as a terrorist.

Celebrities, media personalities, and vocal Twitter users took notice of the dissonance between the gravity of the mass shooting and the labels, or lack thereof, applied to the shooter himself. As MSNBC’s Chris Hayes said during a live spot next to the festival grounds where the shooting took place, “If this isn’t terrorism, what the hell is terrorism?”

Only in America can whiteness prevent the man who conducted the deadliest mass shooting in American history from being called a terrorist.

My heart is breaking for Las Vegas. We need love, unity, peace, gun control & for people to look at this & call this what it is = terrorism.

As he leaves for Puerto Rico, Trump says Vegas shooter is a "very, very sick individual" but doesn't answer whether it's domestic terrorism.

It's a shame that #StephenPaddock won't be called a terrorist. That is what he is. You incite terrorism, you're a terrorist. #VegasStrong

Soooo we're just going to continue to spin the "lone wolf" narrative instead of calling it what it is…terrorism. #VegasStrong #guncontrol

According to NV LAW, Stephen Paddock is a terrorist. #vegas #shooting pic.twitter.com/uenQcfLVkN

If Stephen Paddock voted for Trump he is a terrorist

If Stephen Paddock voted for Clinton he is a terrorist

If Stephen Paddock did not vote he is a terrorist

Stephen Paddock is a terrorist

There's nothing I can tweet that will heal the heartache being felt today, but all my heart is with Las Vegas. This is domestic terrorism.

Several people pointed to the seemingly apparent correlation between a shooter’s or criminal’s skin color and how they’re defined as “terrorists” by law enforcement and the media, particularly before officials know all the facts.

white privilege is committing the largest shooting in American history and being fondly memorialized as a country music fan pic.twitter.com/RQpTsc63jn

America: The Game! Which one are you? In the fall, winter and spring I'm a militant, and in the summer I'm a fanatic. Tag your friends. #lasvegas #lasvegasshooting

50 dead. Over 400 in the hospital. And we continue to call this a LONE WOLF? Call it TERRORISM because that's what it is.

Why is he not a "terrorist" why "lone wolf" he's murdered over 50 people and injured nearly 500…ohhh! He's not brown right? Got it. https://t.co/fhIpXnIUvg

When you’re a white adult & committed the worst massacre in American history vs. when you’re a black child and did nothing wrong. pic.twitter.com/GyOpzoLvcb

As legalese would have it, there are several reasons why terrorism, or even the phrase domestic terrorism, hasn’t been applied to Paddock. Societally, our “generally accepted definition of terrorism…requires a political, ideological, or religious motive,” the New York Times reported. However, as Newsweek pointed out, while federal law defines terrorism with these motives, Nevada law doesn’t require any sort of motive to define an attack as terrorism.

And though the federal government doesn’t actually have a statute that addresses domestic terrorism, it does have a definition—and it requires the intention to intimidate or coerce civilians, or government conduct or policy.

Ultimately, the applied definition of “terrorism” will boil down to Paddock’s motive, which officials have yet to provide. Whether that application will satisfy critics seeking justice for a label left unapplied to throngs of white, male shooters, however, is a different question entirely.