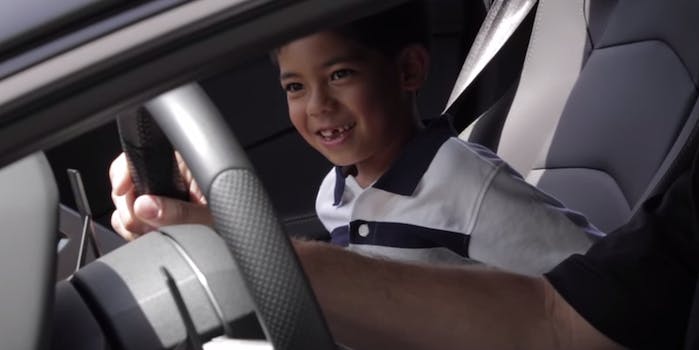 Jacob’s only wish for his seventh birthday was to take a ride in a Lambo. Instead, he got a whole fleet.

The closest most 7-year-olds ever get to a Lamborghini is one that goes speeding down a Hot Wheels track in their living room, but some kids dream just a little bigger.

Meet Jacob, a Lamborghini fanatic whose only wish for his seventh birthday was to take a ride in one of the luxury cars.

We got a message on our Facebook page the other day. A dad asked if anyone would help his son, a seven year old Lamborghini fan, believe that dreams come true. What could we do, but take him for a birthday parade in a 700-horsepower V12 Aventador?

Thanks to a message from his father and the kindness of Lamborghini North Los Angeles, he got more than he ever imagined. A sleepy street in L.A. was awakened by not just one car, but an entire fleet of the luxury autos crashing Jacob’s birthday party, making it look more like a scene from The Fast and the Furious.

Nothing sums it up more perfectly than the jubilant screams of “You’re so lucky!” from one of his tiny party guests.