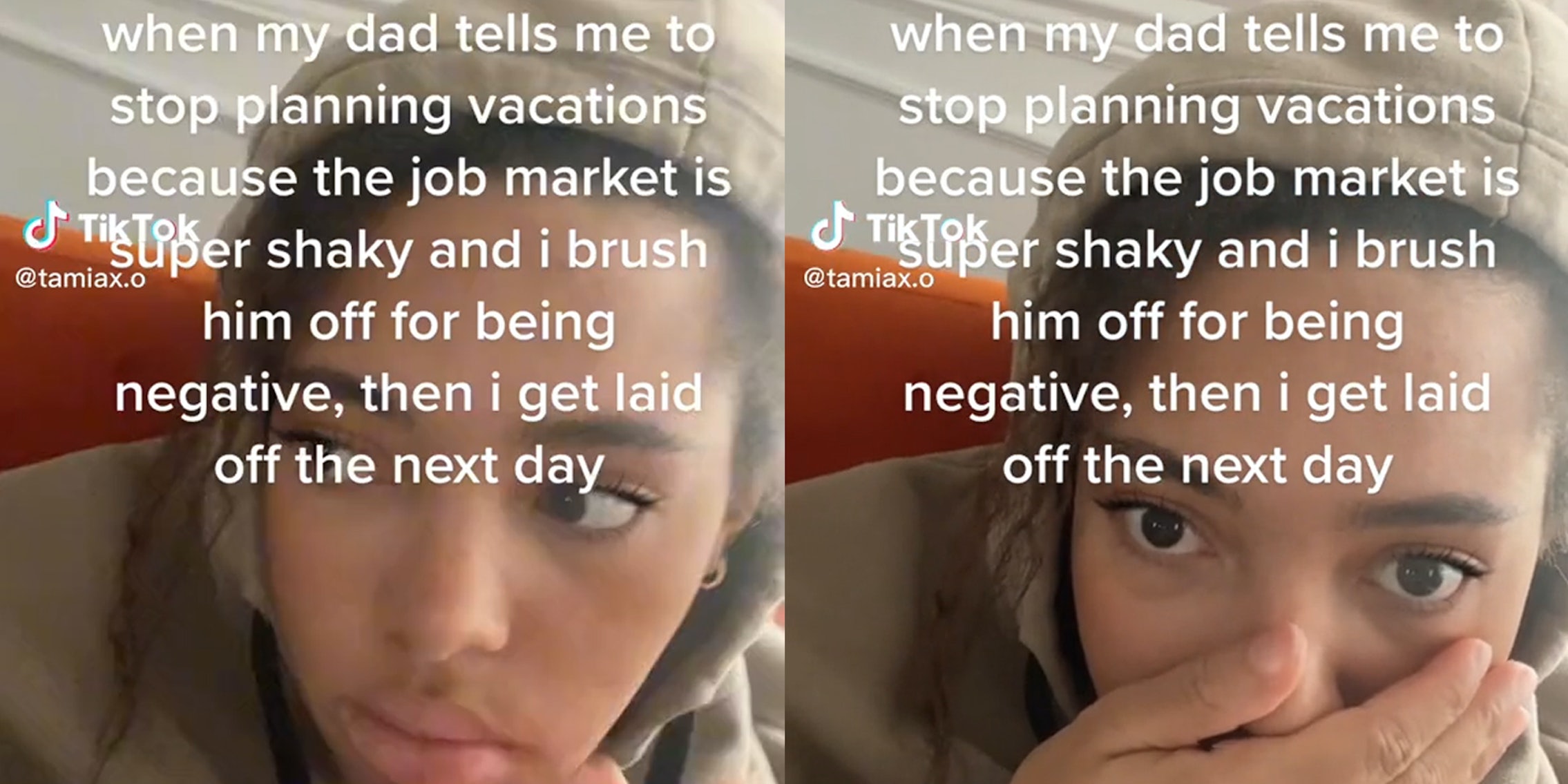 ‘At least now you have time’: Woman says she was laid off after planning vacations

'When my dad tells me to stop planning vacations because the job market is super shaky...'

Taking time off work for vacations is expected in many parts of the world, but Americans are notoriously nervous about missing work. A survey taken last year suggests 55% of American workers didn’t plan to use all of their paid time off, citing reasons ranging from lack of support from leadership to a fear of being replaced. And that fear might not be unfounded.

TikToker Tamia (@tamiax.o) recently made waves on the platform after sharing that she got laid off from her job amidst planning several vacations.

“When my dad tells me to stop planning vacations because the job market is super shaky and i brush him off for being negative, then i get laid off the next day,” she wrote over a video of her covering her mouth with her in hand.

While Tamia didn’t clarify whether her workplace was aware of her vacation plans, or if she had already taken time off, viewers were still empathetic to her current plight.

“Damn he jinxed you with his bad vibes,” joked one user.

“I got laid off too and I’m leaving to Europe in a month,” another shared.

“In October last year I came back from Europe (my birthday trip) and I got let go first day back in the office,” another viewer added.

Several commenters also suggested that this might actually be the best time to take a trip, as the TikToker wouldn’t have to worry about being bothered by employers who don’t understand the concept of vacation time or have to dread immediately returning to the office afterward.

“It’s not like not going on vacation will save you tho,” one viewer pointed out, while another user suggested it would be a “3 month paid vacation,” presumably referring to a severance package.

Even the official TikTok account for Tootsie Rolls chimed in, joking that now Tamia’s dad thinks he’s right because of the coincidental timing.

“Are you hiring?” she asked in return.

The Daily Dot has reached out to @tamiax.o via TikTok comment.