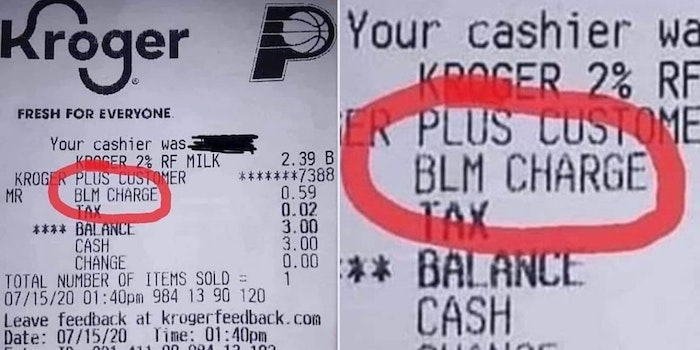 The fake charge was edited onto a real receipt that went viral for a completely different reason.