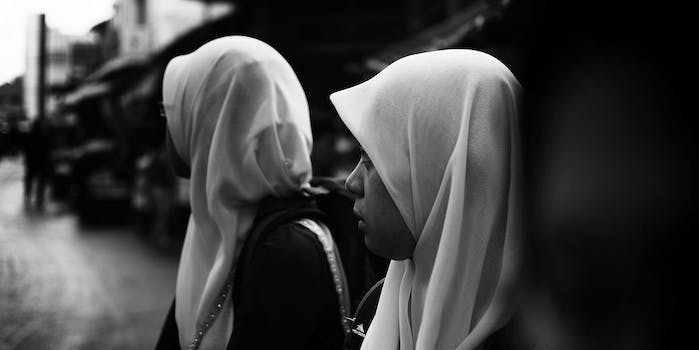 The lawsuit names the city of Long Beach, its police chief, as well as two officers.

The city of Long Beach, California, is facing a federal lawsuit after one of its police officers “forcibly” removed a Muslim woman’s religious headscarf following her arrest.

Kirsty Powell, 33, was wearing her hijab one year ago when a pair of Long Beach Police Department (LBPD) officers pulled over her and her husband. Powell was arrested shortly after on two outstanding warrants. According to a complaint filed by the Council on American-Islamic Relations (CAIR) on Friday, a request by her husband to have a female officer conduct the search of Mrs. Powell’s person was ignored. When she arrived at the police station, where she was detained overnight, one of the male arresting officers removed her headscarf.

Specifically, Powell is suing the city of Long Beach, its police chief, Robert G. Luna (in his official capacity), and the two arresting officers, identified by court records as Officers Eduardo Saldana and Conrad Penn.

The complaint requests damages unspecified for violations of the federal Religious Land and Use and Institutionalized Persons Act (RLUIPA) and the First Amendment’s Free Exercise clause. The officers’ actions, according to the complaint, further violated the religious protections offered under the California Constitution, as well as the Bane Act, which prohibits interference of any legal right through the use of “threats, intimidation, or coercion.”

“When police can unaccountably and gravely violate the religious beliefs of Muslim-American women, that sets an awful example for the public.”

According to Powell’s complaint, the traffic stop preceding her arrest was initiated without cause. Officer Saldana informed Powell’s husband, Deshawn Smith, that he was pulled over for driving a “low rider” vehicle, which was in fact a 1984 Cadillac Coupe de Ville. The LBPD said in a statement emailed to the Daily Dot late Monday that the vehicle “was unsafe because of its hydraulic suspension.”

Powell was arrested on three outstanding warrants, according to the LBPD, including charges for vehicle theft, petty theft, and resisting arrest. Her bail was set at $36,000.

According to Powell’s attorneys, the vehicle theft and resisting arrest charges were obtained by Powell’s sister, who stole her identity in 2007. They have since been dropped. The charge of petty theft pertains to a 2002 shoplifting incident for which Powell was questioned but never cited. Her lawyers say she was unaware of the outstanding warrants at the time of her arrest.

During the arrest, Powell’s husband claims he repeatedly requested the presence of a female officer during his wife’s “pat down.” The officers allegedly responded that they were “allowed to touch women.” Officer Saldana then informed the couple that Powell was not allowed to wear the hijab while in custody, according to the complaint. Powell countered that she had a legal right to wear the headscarf in accordance with her religious beliefs. Saldana allegedly instructed her husband to remove the hijab or said it would be removed at the police station.

After arriving at the station, Saldana allegedly removed Powell’s headscarf while she remained in handcuffs. An inventory report given to Powell upon her release lists “scarves” among the confiscated items.

The hijab is attire traditionally worn by Muslim woman in observance of religious commands. It typically covers a woman’s hair, neck and body, except for the face and hands. (Under stricter religious interpretations, Muslim woman may wear a niqab, or a face veil.) The attire is to be worn in the presence of men who are not immediately family members.

According to Powell, she was detained without her hijab in the presence of numerous male officers and inmates. Powell “cried throughout the ordeal and experienced humiliation when both her religious beliefs and personal integrity were violated,” the complaint says.

“I would never want anyone to go through what I felt from this experience, it was horrible,” Powell said in a statement. “I want my Muslim sisters to always feel comfortable and safe wearing a hijab and to stand up for what’s right. We are all human, we all deserve justice.”

In a statement Monday night, the Long Beach Police Department defended the confiscation of Powell’s headdress by the male officer. “The police department has a duty to protect all people who are in their custodial care,” it said, “and one of the policies that protects inmates is that certain items are not allowed to be retained by a prisoner while in custody. These items include belts, neckties, shoelaces, and head coverings.”

“We respect the religious rights and beliefs of all people and understand the sensitivity of this matter,” said Chief Robert Luna. “The policies we have in place are for the safety of the individual, other inmates, and police employees.”

CAIR-LA attorney Yalda Satar, the lead counsel in Powell’s case, said the treatment of her client by LBPD was unwarranted. “The manner in which Mrs. Powell was treated by LBPD officers was simply a show of authority over a woman of color who was unable to protect herself, and is another example of the type of discrimination faced by women who wear a hijab,” she said.

Carey Shenkman, a First Amendment lawyer and co-counsel for the plaintiff, said the Powell case is similar to others filed over the years in areas neighboring Long Beach. In Orange County, for instance, the Ninth Circuit Court of Appeals reversed a lower court’s dismissal of a lawsuit under RLUIPA after an Anaheim woman’s hijab was removed while in police custody. Likewise, the American Civil Liberties Union (ACLU) sued the county of San Bernardino after a Muslim woman, who was arrested but never faced charges, was forced to remove her hijab in the presence of several male guards.

Both cases ended in settlements and preceded administrative reforms with regards to Muslim woman in custody, according to Shenkman, who added that Powell only moved forward with the lawsuit after an administrative complaint was ignored by Long Beach authorities.

“When police can unaccountably and gravely violate the religious beliefs of Muslim-American women, that sets an awful example for the public,” Shenkman said. “Police must safeguard those freedoms, especially given the rise in hate crimes against the American Muslim community.”

In 2014, the Long Beach Police Department, while investigating a man who ripped off a woman’s hijab in public, deemed the incident a “hate crime.”

“Crimes of this nature will not be tolerated in our city,” former LBPD Chief Jim McDonnell told reporters at the time, “and we will continue our efforts to find the suspect and hold him accountable.”

Update 10:23am CT, May 3: Added statement from LBPD. Also, according to the LBPD, Powell was wanted on three warrants, one more than was previously disclosed to the Daily Dot. Two of those warrants were for crime committed by Powell’s sister, according to her attorney. The other was for a crime for which Powell was never cited.

Correction: Jim McDonnell is the former chief of the LBPD.