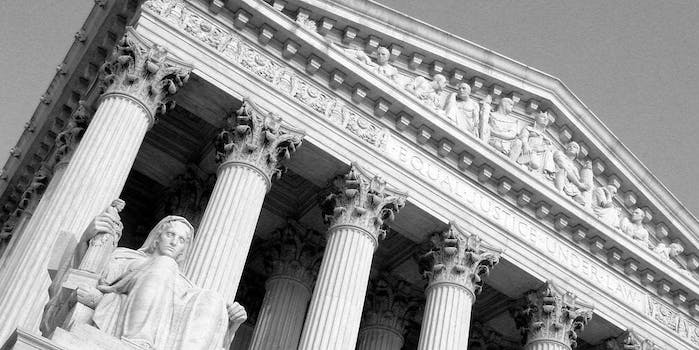 The county clerk could be held liable for "harm" she caused the couples.

After the U.S. Supreme Court legalized gay marriage in 2015, Davis denied several same-sex couples marriage licenses, including David Ermold and David Moore of Rowan County. They, along with two other couples, sued Davis, but the cases were all dismissed by a U.S. District judge on the grounds that Kentucky had changed its licensing policy to remove clerks’ names from marriage licenses, a request Davis had made.

Ermold and Moore, though, appealed the decision, and today the U.S. 6th Circuit Court of Appeals ruled that even though Kentucky changed its policies in 2016, it does not excuse the harm Davis caused the couples in 2015. Furthermore, it is “not a general challenge to Davis’ policy, but rather seeks damages for a particularized harm allegedly suffered by a specific set of plaintiffs,” the court wrote.

Now the case will circle back to the U.S. District judge. Should he choose to favor the couple, Davis could be held liable for damages.

Davis recently dropped her case against Kentucky, in which she claimed the state was violating her First Amendment rights. However, she is still appealing a ruling requiring her to issue licenses.