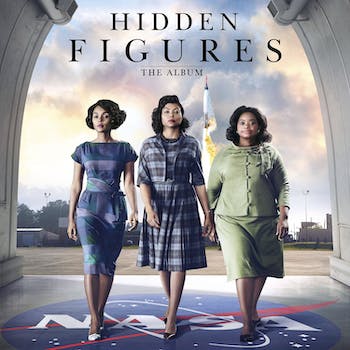 Kim Burrell has also reportedly been booted from performing on 'Ellen.'

Gospel star Kim Burrell is facing backlash from colleagues, celebrities, and the internet at large for her slew of homophobic comments. It all began when the Hidden Figures soundtrack singer called gay people “perverted” during a recent sermon.

In the sermon, she can be heard saying, “That perverted homosexual spirit, and the spirit of delusion and confusion, it has deceived many men and women. You as a man, you open your mouth and take a man’s penis in your face—you are perverted. You are a woman and will shake your face in another woman’s breast, you are perverted.”

After the sermon, many stars from Hidden Figures began to condemn Burrell’s comments, including Pharrell Williams, who sings with Burell in a duet for the film.

Two of the film’s stars, Octavia Spencer and Janelle Monáe, also had some strong words for the gospel singer. Monáe wrote:

I shouldn’t even have to post this as you guys should already know where I stand but If you do not pls know I unequivocally repudiate ANY AND ALL hateful comments against the LGBTQ community. Actually I’m tired of that label. We all belong to the same community, a shared community called humanity. And today and tomorrow and the next day I will continue to stand with other like minded people who condemn any and all statements and actions that would seek to deny the basic humanity of our fellow brothers and sisters. We cannot sit Idly by nor will we speak silently when we are confronted with such violence against members of our community. I am personally beyond exhausted by the ignorance and bigotry living in some people.

In videos Burrell posted amid the backlash, she said, “Don’t you understand I know people are going to be mad? I have to do what God tells me to do… To every person that is dealing with the homosexual spirit, that has it, I love you because God loves you. But God hates the sin…anything that is against the nature of God.”

Many Twitter users are pointing out the irony in Burrell’s comments since she’s performed on queer artist Frank Ocean’s album and was slated to appear on The Ellen Degeneres Show to perform her duet with Williams. However, in a TMZ video posted earlier today, Monáe said Burrell will no longer be performing on the talk show.

Update Jan 3. 3:07pm CT: Ellen confirms that Burrell will not be performing.

For those asking, Kim Burrell will not be appearing on my show.