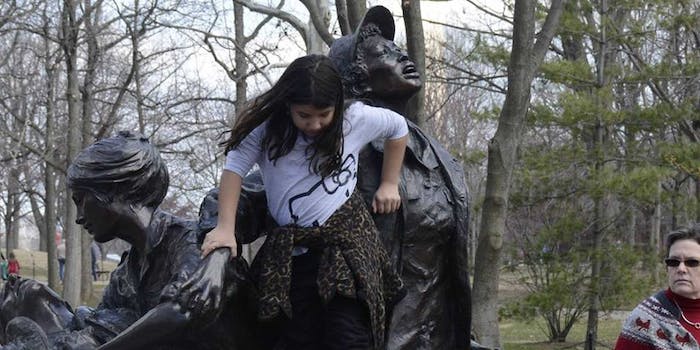 Matthew Munson's photograph is a punch in the gut.

A photographer named Matthew Munson took several photos during a recent visit to Washington, D.C., and one in particular is stirring up conversation about American history, parenting, and respect.

Munson shared his photos to Facebook, and there’s some standard DC fare—that obelisk called the Washington Monument, some military memorials.

But one of Munson’s memorial photos speaks volumes without making a sound.

It’s an image of the Vietnam Women’s Memorial, which serves to honor the women who served during the U.S. war with Vietnam, from 1955 to 1975. Atop this statue is a young girl using it like playground equipment. On the ground, another young girl appears to be climbing up. All this as a military veteran in a wheelchair, presumably escorted by family members, goes by. 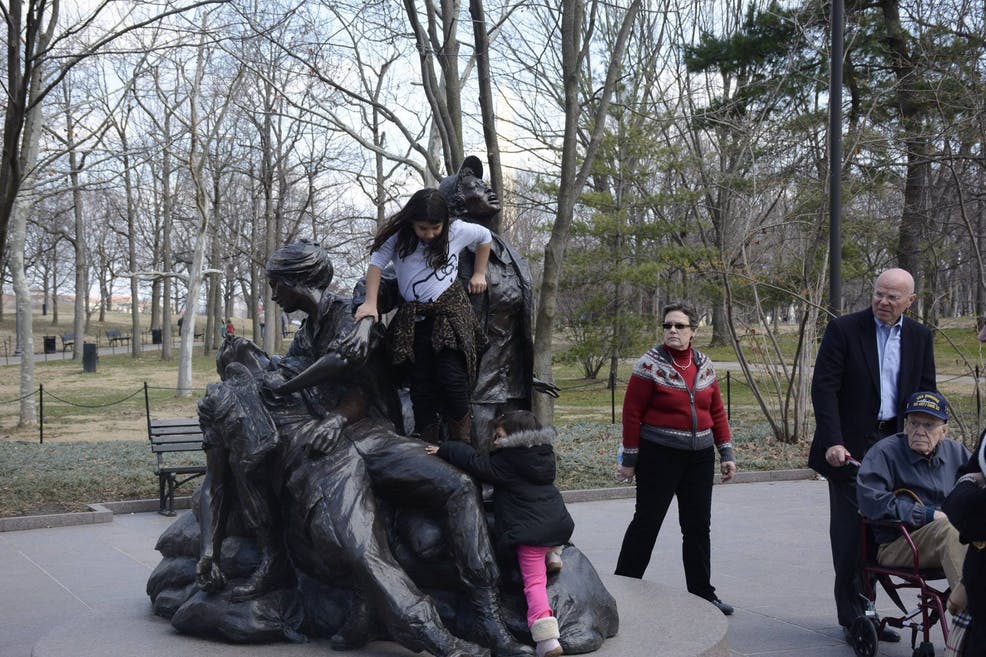 The man pushing the veteran’s wheelchair has a look of palpable disgust. The veteran himself has an unplaceable, one-of-a-kind look that hardly suggests pleasant thoughts. And Munson’s Internet audience, chiming in with their comments on this particular photo, are similarly disappointed.

“Obviously, these kids have no veterans in their family, and their parents have absolutely NO IDEA what it means to sacrifice ALL for your country! Dispicable on the parent’s behalf.”

“Holy hell! Maybe afterwards the parents could take their kids on a nice tomato throwing spree at a cathedral. Please understand, I’m not blaming the kids.”

“There is no respect taught to children anymore? That is the shame on the parents.”

Looks like Munson has captured the sort of singular, indelible image that any photographer would envy.