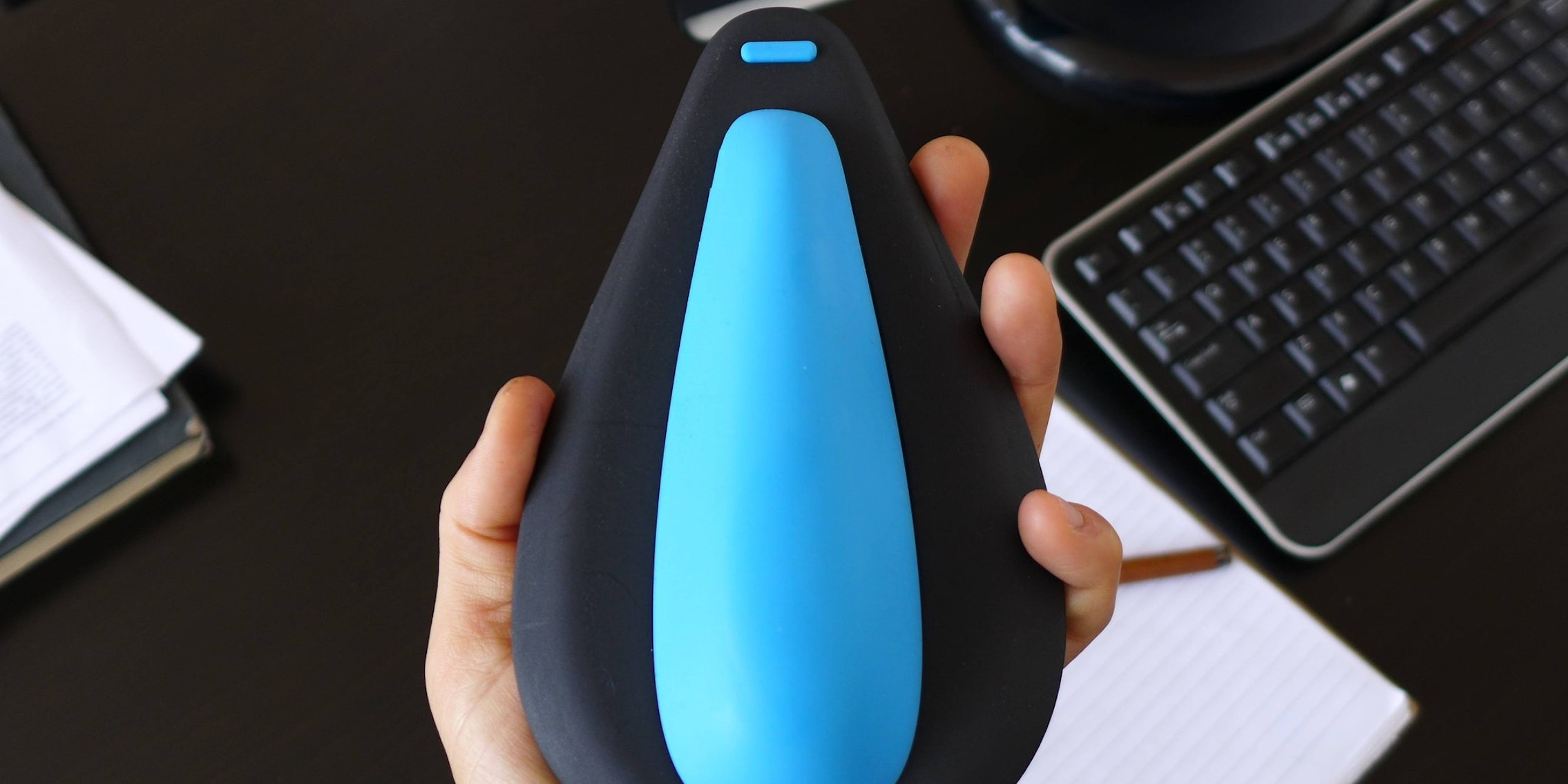 Sexual health startup invites men to do some Kegels

Do you even Kegel, bro?

If you thought that doing Kegels was just for women, you were sorely mistaken. The sexual health product startup Minna Life wants to make sure that men everywhere know the benefits of the pelvic-floor exercises, like stronger orgasms and heightened sexual stamina. All they need is a little help with their Kickstarter campaign for the kGoal Boost.

For men who might be unfamiliar with how to do a Kegel, here’s the low-down according to Minna Life: it’s like “lifting up your muscles as if you’re stopping the flow of urine mid-stream, at the same time as you’re preventing yourself from passing gas.” If you feel that tightening in your pelvic floor, then congrats—you’re doing a Kegel right! 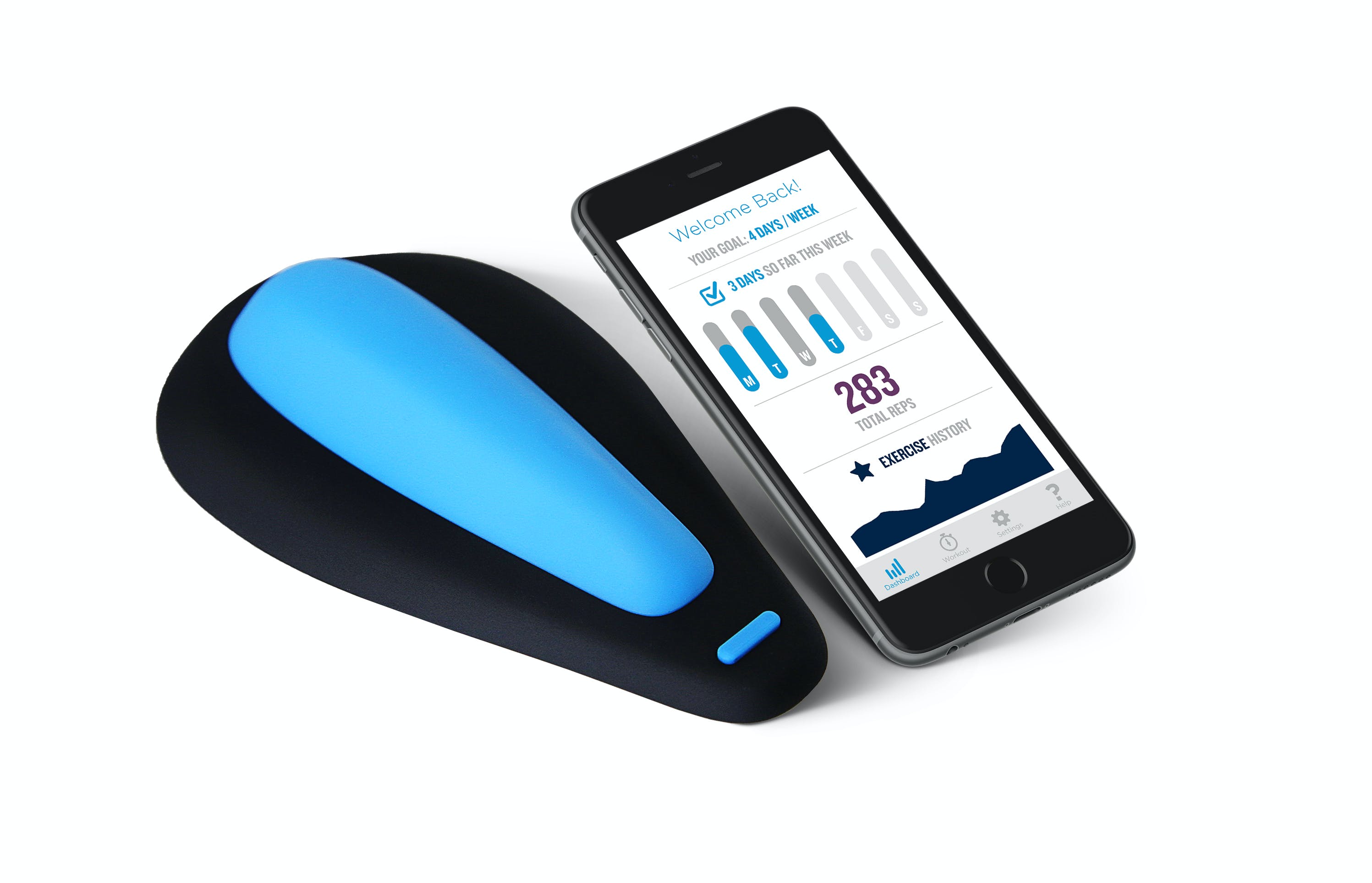 The kGoal Boost and the app that tracks your Kegel progress.

The kGoal Boost is not Minna Life’s first foray into promoting Kegel exercises: Back in 2014, the company introduced the kGoal, an app and device for women to track their Kegels, which Nerve described as a “Fitbit for your vagina.” Now Minna Life is back with a similar product to help men and they’re hoping to raise $100,000 in funding.

The kGoal Boost resembles a mini bike seat, which men are instructed to sit on while they contract their pelvic-floor muscles. The device tracks past exercises on an app and sets goals for the future. There are five-minute-long guided workouts on the app and guys can even play the game Bricks, using the rhythm of Kegels as they play. All in all, the kGoal Boost hopes men will incorporate Kegels into their daily routine just like any other exercise.

Kegels are usually associated with strengthening women’s pelvic muscles for better sex. (As Samantha Jones put it on Sex & The City, “All you have to do to stay tight is tighten and release it for 10 minutes a day! I’m doing mine right now!”) But various studies have shown that Kegels for men can lead to enhanced sexual function, such as increased erectile strength and more intense orgasms. Strengthening those muscles can also help with bladder control along with treating erectile dysfunction and premature ejaculation. From your car to the office, the kGoal Boost is easily portable.

“Historically there’s been these taboos around sexual health in talking and thinking about [Kegels],” Minna Life Co-Founder and CEO Brian Krieger told The Daily Dot. “We believe there’s an important opportunity to provide better tools to people in an area that deserves it. As we’ve been developing the kGoal Boost product, it’s been driven home to us that it’s a) an important part of health and fitness and b) there’s a lack of products and education about it.”

Of course, men can do Kegels without purchasing equipment. But the kGoal Boost hopes to ensure that guys are doing the exercises correctly, in addition to providing a visual reminder of seeing the device on the couch or desk chair. After all, the pelvic muscles are not ones men can see and flex in the mirror to check out progress.

While the idea of doing Kegels while sitting at at work might sound a bit risqué, Krieger is optimistic that the exercises won’t draw unwanted attention. “One comparison that I think is interesting is the Fitbit,” he said. “When I see someone wearing a Fitbit, I don’t think that person is unhealthy, I think the opposite, that the person is active and takes their health seriously. From that perspective is my hope to position the kGoal Boost as a positive product that people won’t be embarrassed about.”

Earlier this year, a woman who writes for The Verge tested out the kGoal  and didn’t have the most pleasant experience. She critiqued the size of the device, which needed to be inserted inside her body to track her Kegels. However, this will not be a problem for the kGoal Boost, as it is an external tool. “Obviously when you’re designing a product for the human body, you have to understand that there’s a lot of variability in anatomy and geometry,” Krieger explained. “With the original kGoal [for women], we acknowledge that there are some users who have some trouble on that front… By creating a product [the kGoal Boost for men] that remains external and has a smooth user experience we can take away some of the friction points that keep people from exercising regularly.” 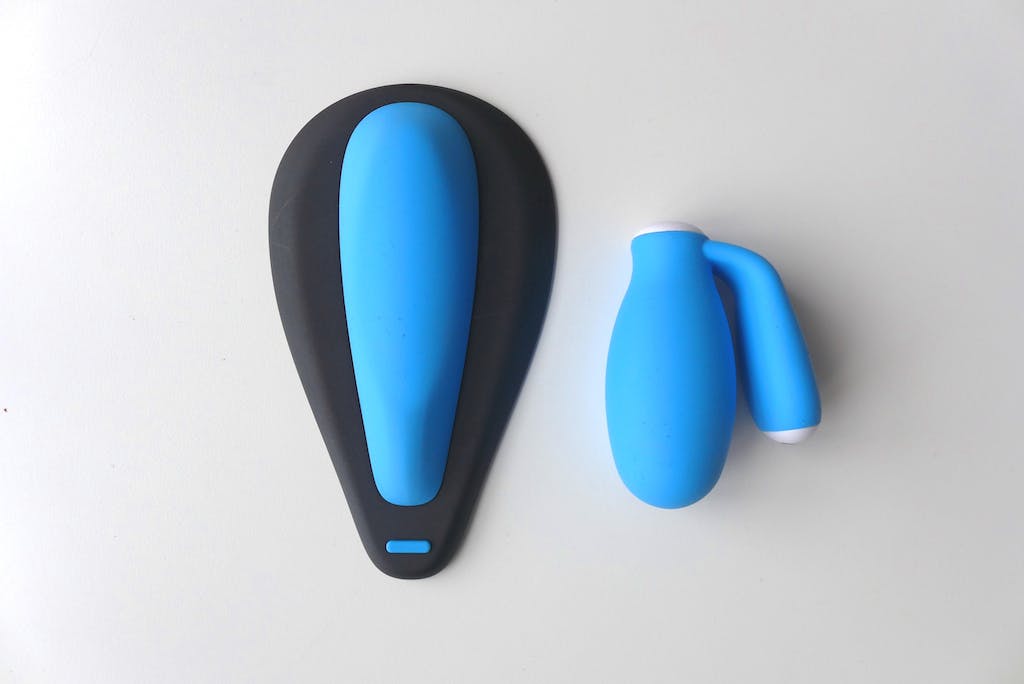 With less than a month to go, Minna Life has raised almost $60,000 out of its $100,000 goal. This is considerably behind last year’s Kickstarter for the women’s kGoal, which, for whatever reason, gained a lot more momentum. The kGoal surpassed its original $90,000 funding goal by $176,917, raking in a total of $266,917 from 2,221 backers. Krieger sees the discrepency between the men’s and women’s products as an awareness issue.

“It’s more common especially in the United States for women to be aware of Kegel exercises and why they’re important,” Krieger said. “The level of awareness and education isn’t as high with men. That’s a huge part that we’re trying to do. “We are passionate about sexual health and fitness, part of what we’re trying to do is spread the gospel about why pelvic-floor exercises matter.”