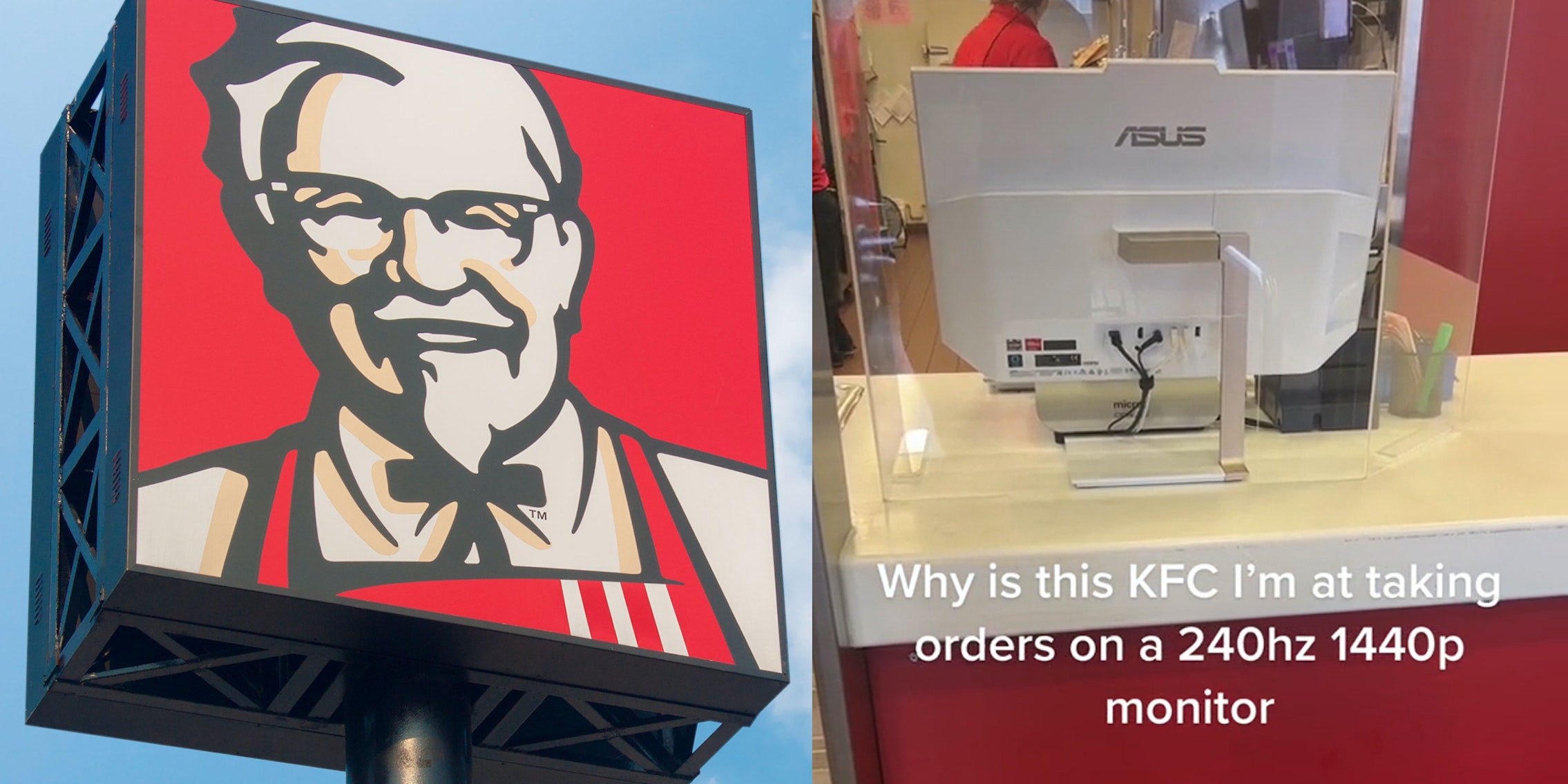 ‘KFC got a better computer than me’: KFC customer says cashier used an Asus gaming monitor to cash him out

'So the employees can play Call of Duty during their breaks.'

In a viral TikTok video, a customer unveiled a KFC he went to had a “240Hz 1140p Asus monitor” as a screen for a cash register.

The video was filmed by user @sosaa.r6 who mainly posts himself playing video games. This time, he filmed the inside of his local KFC. Behind the plexiglass is an Asus monitor used as a screen for a cash register. @sosaa.r6 asks an interesting question, “why is this KFC I’m at taking orders on 240hz 1140p monitor?” The creator elaborated in the caption, writing, “Shhhhhhhiiiiiiit monitor better than mine.”

The video racked up 6.3 million views since it was posted on Oct. 27 with many viewers shocked that the fast-food restaurant has a top-notch computer.

“KFC got a better computer than me,” one user said.

“Bro they are using better monitor than mine,” a second echoed.

There were some who proposed that KFC probably bought the high tech monitor to use as a tax write off.

“So that when they inevitably switch it out with a cheapo monitor the manager can take it home AND write it off as a business expense,” one viewer criticized.

“Franchise owner wanted it for themself and they’re gonna swap it out for something from goodwill in a week so it was “used for business,” a second accused.

“Someone had to prove the last one they bought was a business expense,” a third said.

Others made jokes about why KFC would need the monitor.

“So when they flip it around you can really see what kind of tip you’re leaving them,” one joked.

“The franchise owner got a new gaming monitor and didn’t want to waste the old one,” a second quipped.

“It’s an employees monitor from home. He’s working the night shift and wanted to play minecraft when it’s slow,” a third commented.

However, there were a couple who offered possible explanations for this.

“Serious: maybe the manager just grabbed his from home because it broke and rusty was a quick fix?” one asked.

“Most likely something for the software they are using. Must be a requirement,” a second suggested.

“Prob a young manager, and the old one went out,” a third proposed.

Upon further investigation, however, it seems the computer is in fact an Asus All-in-One Computer, which starts at $899.99 per Asus’s website.

The Daily Dot reached out to @sosaa.r6 for comment via TikTok comment and KFC via press email.