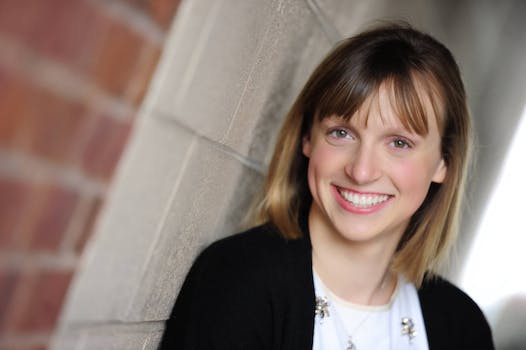 Even before she had Olympic gold, Katie Ledecky was cooler than all of us.

At 19, Katie Ledecky is a world-class swimmer and three-time gold medalist. But before she even got into the pool, it would seem that she was destined for greatness. By the age of 2, Ledecky had already made an appearance on Today.

Also when she was 2, Ledecky met basketball great Michael Jordan, who appears to have been an early fan.

Ledecky met Jordan at a Washington Wizards game with her uncle Jon Ledecky, who was once part owners of the Washington Capitals. Not only did she charm Michael Jordan, but she networked with Wizards co-owner Ted Leonsis and attorney George Stamas as only a toddler can.

The original AP caption is as good as the Jordan/Ledecky photo pic.twitter.com/HOL975bftn

But it was in 2006 that Ledecky met her future teammate Michael Phelps. The picture of the meeting, which was shared with ESPN reporter Darren Rovell by her parents, shows the elated 9-year-old standing across the table from the record-setting Olympian.

Now, any one of those men could be standing in line for Ledecky’s autograph.