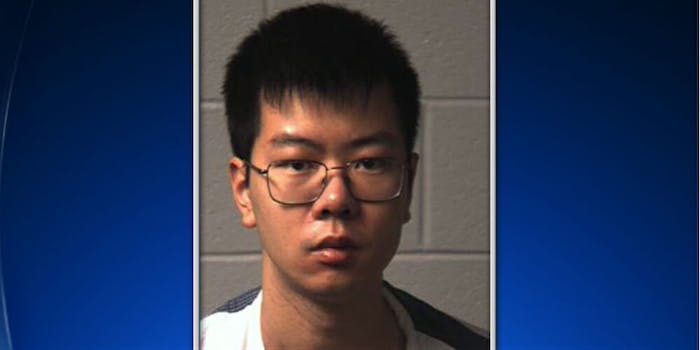 The student said he never suspected his roommate and thought they were friends.

New charges filed last week against the student who was secretly defacing his Black roommate’s property with racial slurs reveal he was also covertly poisoning him.

Juwan Royal and Yukai Yang were roommates at Lehigh University for four years, and according to Royal, they were also good friends. At least, that’s what he thought. During their senior year in the spring, Royal was out for class when he heard from his roommate that someone had broken into their room. He returned to find his belongings trashed, and the N-word graffitied onto his desk along with “GET OUT OF HERE.”

Royal didn’t suspect his roommate initially, but when police were investigating the crime they reportedly took a statement from Yang in writing. They matched his handwriting to that on Royal’s desk and charged him with ethnic intimidation, institutional vandalism, and criminal mischief. At that time he was able to get out of jail on bail, but he hadn’t told investigators about another way he had secretly tortured his former friend: poison.

Royal had been struggling with a sudden mysterious illness in his last year of living with Yang. He felt numbness and burning and was so severely sick twice that campus police had to be called. He described a burning sensation in his mouth sometimes when he tried to eat or drink, and his then-roommate and friend Yang suggested that someone might be trying to poison Royal, according to the Washington Post.

That someone was reportedly Yang. He even told Royal that it looked like his milk had changed colors. When Royal was hospitalized after vomiting for 45 minutes straight they did blood tests to get to the bottom of what was causing his illness and found toxic levels of thallium in his blood. The chemical is known to be used by assassins, and besides being odorless and tasteless, also can cause brain damage and heart problems just by touching it. Even though he had been slipping it into everything Royal was consuming, Yang claimed to investigators that he had the chemical in case he did poorly on his exams.

Yang has now been charged with attempted homicide, aggravated assault, simple assault, and reckless endangerment, and his bail is set at $200,000.