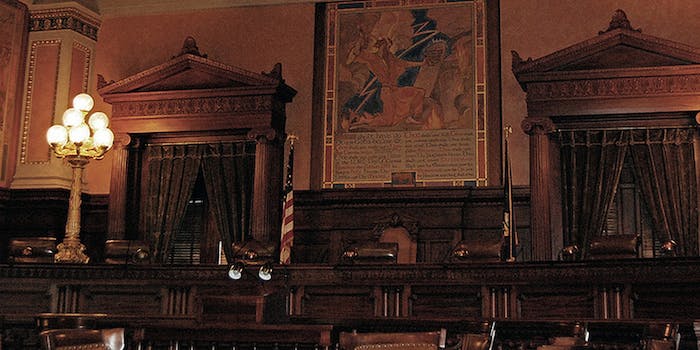 Let’s say, just hypothetically, that you were a Pennsylvania Supreme Court justice who had been busted as one of several dudes in local government trading sexually explict material over departmental networks. Would you apologize and consider using private email for these sorts of exchanges in the future—or would you find a way to blame someone else?

With four employees of the Pennsylvania attorney general’s office having already resigned in connection with the scandal, Justice Seamus McCaffery understandably went the defensive route. A review of the 64-year-old Democrat’s digital correspondence revealed that he had sent or received 234 pornographic emails between 2008 and 2012, according to Chief Justice Ron Castille, prompting McCaffery to turn around and take dead aim at his co-worker.

“It was wrong, and I am sorry,” McCaffery wrote in a statement about his “lapse in judgment with respect to the offensive emails, personal emails that were made public by the outgoing chief justice.” (Castille will retire this year, having reached a mandatory retirement age of 70.) McCaffery went on to say that Castille “is fixated on taking down a fellow justice with his misleading statements and incredible hypocrisy,” calling the story a “cooked-up controversy” that indicated “a vindictive pattern of attacks.” Oh, won’t somebody think of the ethics?