Careful whose photo you steal for your profile.

According to TMZ, Matthew McCarthy has filed suit against the 19 Kids and Counting star after learning that Duggar stole his photos and used them as profile pictures on his Ashley Madison, OkCupid, and Twitter accounts—which Duggar used to hookup with women outside of his marriage.

McCarthy told TMZ he’s been getting harassing messages and losing gigs at his DJ job ever since, and is “humiliated.”

A screengrab of the OkCupid account allegedly created by Duggar shows McCarthy’s selfie along with descriptions like “I’m tall, dark, and…LOL!” 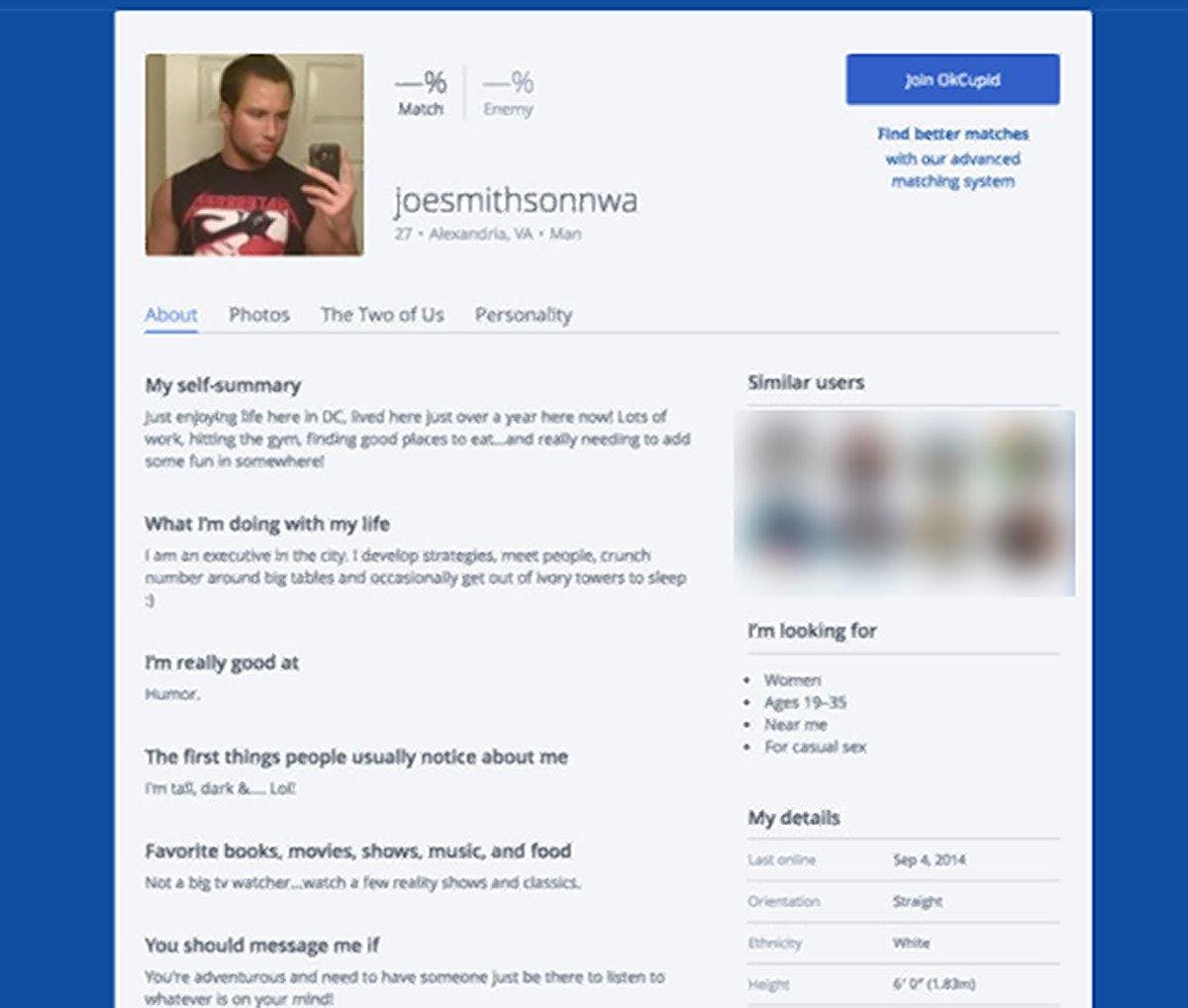 Duggar attended an inpatient counseling program for almost seven months in Illinois and exited the faith-based Reformers Unanimous this March. He entered the program after a 2006 police report resurfaced last year showing that he had been accused of sexually abusing five children, four of whom were his own sisters.