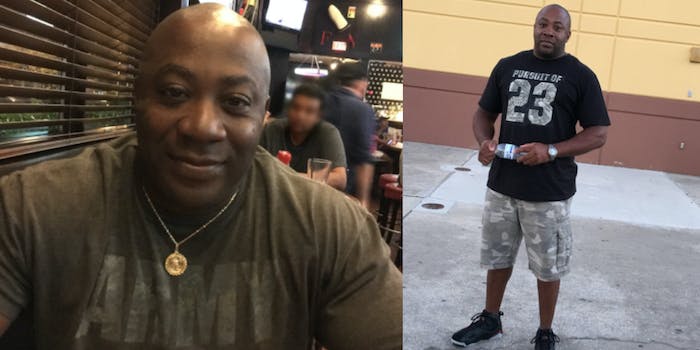 Police are now looking for the Florida man.

A woman from Orange City, Florida, called the cops on her boyfriend after he allegedly stole her engagement ring and wedding bands from a previous marriage of hers and proposed to his other girlfriend with them.

She found out through Facebook that her boyfriend was engaged to another woman, which was shocking enough. But when she looked up the fiancée’s Facebook page, she noticed the other woman was wearing an engagement ring that looked identical to her old ring.

The woman called police officers when she checked her jewelry box and found that her engagement ring and wedding bands were missing, along with some other jewelry, including a diamond ring from her grandmother.

Volusia County Sheriff’s deputies issued an arrest warrant for Joseph Davis, 48, who has not yet been found, according to Fox News. He is facing felony charges for grand theft. According to the sheriff’s office, the stolen jewelry is worth about $6,270.

Fortunately, the woman who had her jewelry stolen was able to contact the fiancée and get her rings back.

But the fiancée was also a victim of Davis’ theft. Davis once brought his new fiancée to the other woman’s house when she wasn’t home and claimed it was his. Davis asked his fiancée to move in with him but disappeared with his fiancée’s laptop and some jewelry instead.

Both women met Davis on OKCupid, according to the sheriff’s office. Davis told his girlfriends his name was “Joe Brown” and “Marcus Brown,” but the girlfriends were able to help officers track down a relative who identified Davis.

Davis has a record, including an active arrest warrant for a hit-and-run in Oregon that caused injuries to others. He has previously been arrested for possession of fictitious ID, filing a false police report, domestic assault, and possession of cocaine with intent to sell, according to the sheriff’s office.