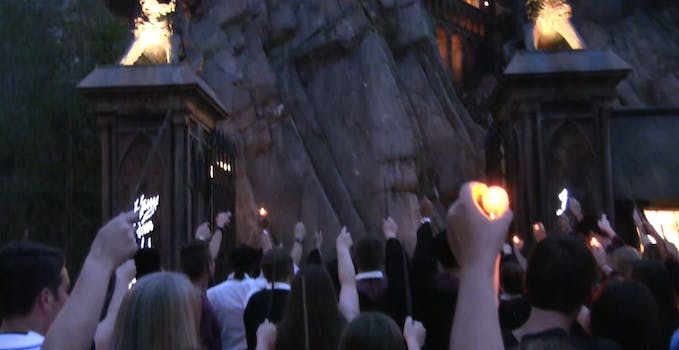 It’s only been one week since the Orlando massacre of 49 people at the gay club Pulse, and the funerals have already begun.

One of those funeral services was for 22-year-old Luis Vielma, who was killed in the early morning hours of June 12. Vielma was a Harry Potter fan who worked at the Universal Studios theme park’s Wizarding World of Harry Potter attraction.

Velma’s dedication to Harry Potter didn’t go unnoticed by author J.K. Rowling—who tweeted a tribute to the slain fan as soon as she learned about the attack.

But Rowling continued to show support to the Vielma family on Friday, the day of the young man’s funeral.

When family and friends arrived at the Florida church where the service was being held, they were met by an enormous wreath bursting with red flowers—and a loving note from Rowling herself.

“To Luis, who died for love,” read the card, which Rowling signed. “You will never be forgotten.” 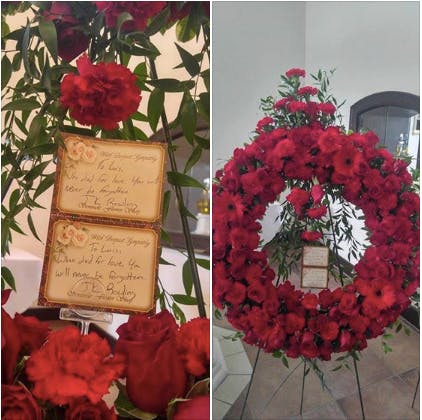 Vielma’s friends posted images of the wreath to Facebook and Twitter, and BuzzFeed confirmed through Rowling’s rep that she had indeed sent the wreath.

“When I walked in to church and saw the beautiful flowers that she has [sic] sent,” Retana said, “I knew he was in heaven dancing of happiness.”

The support from the Harry Potter creator was just one of several moving tributes to Vielma this week. On Monday, Vielma’s coworkers at Universal Studios gathered at the Harry Potter and the Forbidden Journey ride where Vielma worked.

Dressed in Hogwarts uniforms, holding candles, and wiping away tears, Vielma’s coworkers raised their wands in tribute to their slain colleague.
On Twitter, fans asked Rowling to #MakeLuisAWizard, tweeting requests for Vielma to appear in the next installment of the Harry Potter series.

Update 11:52 CT, June 21: Story has been updated throughout to reflect the correct spelling of Luis Vielma’s name and for a photo credited to Heather Bedor.