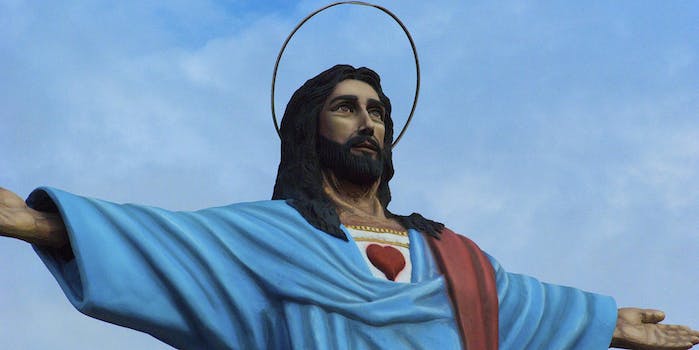 Contrary to popular belief, the most successful meme of all time is not “Gangnam Style” or “Ermahgerd” or “Friday,” or even that video of a cat hiccuping and farting at the same time (although to be honest, the latter probably should be)

Although he currently has approximately 1 percent as many Twitter followers as Katy Perry or Justin Bieber (but still substantially more than his father, God), Jesus Christ has been named the most successful meme of all time by historians Steven Skiena and Charles Ward, who rank the meme strength of historical figures in their new book Who’s Bigger? Where Historical Figures Really Rank.

Using a complex Internet-based ranking system to analyze data sources (e.g. ordering Chipotle and playing Six Degrees of Zac Efron on Wikipedia), Skiena and Ward ranked historical figures “just as Google ranks web pages” by determining which ones had the largest following and worldwide impact. Jesus Christ made the top of the list, handily beating out Shakespeare, Aristotle, Napoleon, and Hitler for the top spot. Surprisingly, there are no women on the top 10 list, although two women—Queens Elizabeth I and Victoria—did fall just short, ranking 13th and 16th, respectively.

In crunching their numbers, Skiena and Ward also failed to take social media sites like Twitter and Facebook into account—hence Bieber’s paltry historical significance ranking of 8,633. Instead, they relied on sites like Wikipedia, combing through more than 800,000 pages to determine individual historical significance. “We would expect that more significant people should have longer Wikipedia pages than less notable folk, because they have greater accomplishments to report,” Skiena told the Independent (I guess Skiena wasn’t at my high school computer lab during tenth-grade English, when my friends and I wrote an elaborate, 10,000-word Wikipedia entry for the author of the Amelia Bedelia series).

The top 10 list of the most successful memes of all time are as follows (at press time, it is unclear whether “Cat Who Hiccups And Farts” makes a later appearance):

H/T The Independent I Photo via Kevin Jones/Flickr