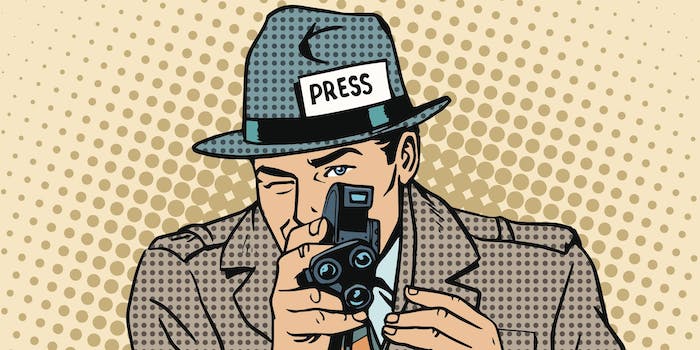 Jennifer Aniston wants you to quit asking about her womb

She penned an op-ed about the media's fascination with her body, but is she complicit in the system?

Celebrities and paparazzi have an uneasy symbiotic relationship. Though tabloids are a necessary part of the celebrity machine, many celebrities have been pushing back recently, saying that their fame should not come at the cost of the privacy and safety of them and their families.

Jennifer Aniston is the latest to speak against tabloid coverage, in a new op-ed in the Huffington Post in which she asks everyone to quit asking if she’s pregnant.

Aniston has long been a fixture of tabloid news, with writers speculating on her body, relationships, and possible pregnancies. “I’m fed up with the sport-like scrutiny and body shaming that occurs daily under the guise of ‘journalism,’ the ‘First Amendment’ and ‘celebrity news,’” Aniston writes.

Aniston goes on to point out that tabloids reflect our cultural values, and those values are to assume that women are desperate for men, desperate for babies, and undesirable if they don’t meet arbitrary beauty standards. “We don’t need to be married or mothers to be complete,” she writes. “We get to determine our own ‘happily ever after’ for ourselves.”

Other celebrities and fans are cheering her on, praising her for pointing out the objectification of women in Hollywood.

True words by Jennifer Aniston: "We use celebrity 'news' to perpetuate this dehumanizing view of females." https://t.co/2jZuXSldf0

For others, however, her words ring hollow, namely because they were coming from her. Some point out that a celebrity doesn’t become a tabloid fixture without being at least a little complicit in her image being used.

Anne Helen Petersen, a celebrity writer at BuzzFeed who holds a Ph.D. in the media studies, told the Daily Dot that what Aniston misses is that she is part of the system she is now victim to. “She’s relied on the gossip industry to sustain her stardom,” she said. “I hate the limited options available to women as much as anyone, but I think the piece could’ve been so much more effective if she’d reflected more on the larger ideological systems at work—and the ways she was complicit in the manufacture of this narrative.”

In her piece, Aniston positions her treatment as a women’s issue, since many would argue body shaming and expecting women to find value in men and children are outdated standards. But perhaps for her next op-ed she could come to terms with how she’s supported those standards too.