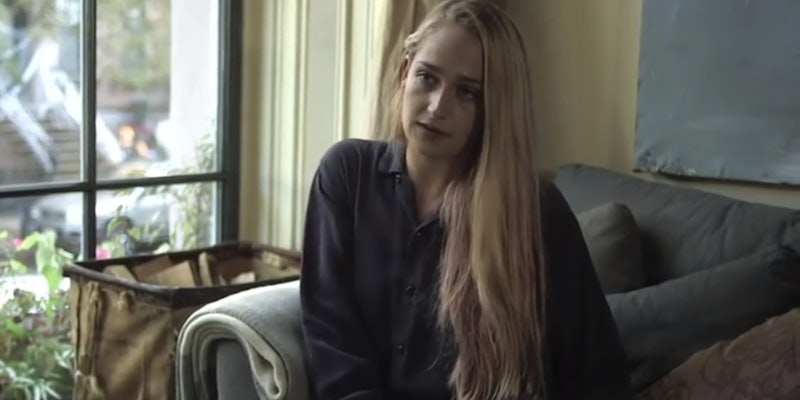 The 'Girls' star says she recorded the video to combat the 'shame and embarrassment' of having an abortion.

Although approximately one in three women will have abortions during their lifetimes, there’s still a huge stigma surrounding talking openly about having the procedure. Jemima Kirke, the star of HBO’s Girls, wants to get rid of that stigma. That’s why she recorded a PSA for the Center for Reproductive Rights, in which she discusses having had an abortion in 2007.

In the video, Kirke explains that she became pregnant by her then-boyfriend while she was attending the Rhode Island School of Design in Providence, R.I. “I wasn’t sure I wanted to be attached to this person for the rest of my life,” Kirke says in the video. “My life was just not conducive to raising a happy, healthy child.”

Because she couldn’t tell her mother she was having an abortion, Kirke went to Planned Parenthood and paid out of pocket for her abortion. She also explains she had to forego the anesthesia during her abortion so she’d be able to afford it.

“I’ve always felt that reproductive issues should be something women should be able to talk about freely… and I still see shame and embarrassment around terminating pregnancies, getting pregnant,” she says of her decision to film the video.

Kirke has two daughters: a stepdaughter who’s 8 years old, and a younger daughter who’s 4. She says she recorded the video in part because she hopes that in the future, her children will not have to deal with ”the political issues surrounding their bodies… I would hate to see them fighting for rights over their bodies as well.”