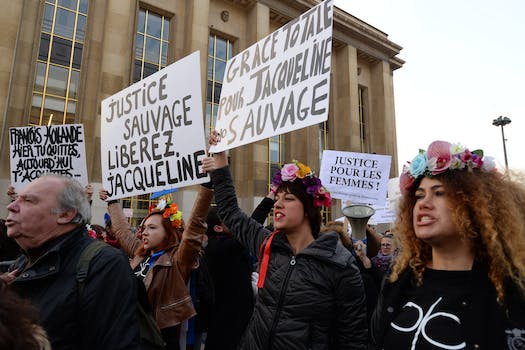 French woman who killed her abusive husband has been pardoned

He spent decades raping and abusing her and her children.

French President François Hollande has pardoned Jacqueline Sauvage, who has spent the last three years in prison for killing her husband after decades of abuse. In a statement from Hollande’s office, he “considered that Madame Sauvage’s place was no longer in prison, but with her family.”

For years, citizens have been protesting and petitioning on Sauvage’s behalf. Sauvage said her husband, Norbert Marot, raped her and beat her, and also abused their children. In 2012, she shot him in the back after he awoke her from a nap by hitting her in the face and demanding she make him dinner. Sauvage argued self-defense, but according to French law, self-defense must be “proportional and in direct response to an act of aggression,” according to the Guardian.

Hollande granted the pardon after meeting with Sauvage’s three daughters, one of whom was raped by Marot and described his death as a “relief” in court.

Sauvage’s story resonated with many abuse victims. Sauvage was married at 18 and lived isolated from friends and family, which many abusers rely on to keep control of their victims. Sauvage, who was originally sentenced to 10 years in prison, will be released in April.