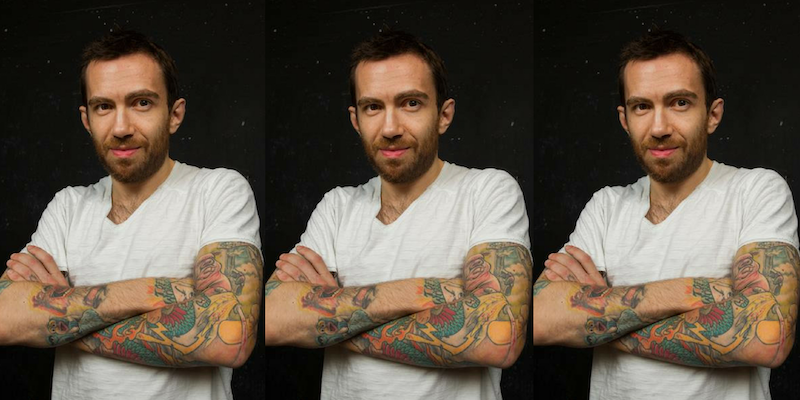 Other women have since come forward.

Comedian and lauded male feminist Jamie Kilstein has departed the podcast he co-hosts amid allegations of manipulation and abuse from multiple women.

On Monday morning, liberal independent podcast Citizen Radio and its co-host Allison Kilkenny announced that Kilstein would be leaving the program. Later that day, however, Kilkenny clarified that Kilstein’s departure from the podcast was a result of allegations of him preying upon, manipulating, and emotionally abusing women.

In a Facebook post slightly detailing the decision, Kilkenny, who is also Kilstein’s ex-wife, wrote that “murmurs” of Kilstein’s abuse lingered in the past, but because of anonymity, she was “never able to learn the full scope of what happened.”

That was until a few days ago, Kilkenny wrote, when “one of the women” who came forward was someone who had worked for the podcast, though she doesn’t mention how many women came forward initially. Kilkenny wrote that she asked Kilstein to leave the show, seek therapy, and apologize publicly. She said he has declined to do the latter, so she decided to clarify the situation in the post instead.

“Without making this about me, I want you all to know I’m furious, crushed, and horrified by all of this. I always believed Citizen Radio was a genuinely safe space, and I’m trying to make it that way again,” Kilkenny wrote. “I’m so, so sorry for letting anyone down.”

Kilstein, a musician and comedian, has received wide praise for his progressive stances, such as listening to and believing women when they say they’ve been wronged and addressing fellow men as a male feminist. Multiple pieces on why feminism needs male allies from publications like Everyday Feminism, Mic, Slate, and even the Daily Dot used Kilstein as a classic example of male feminist allyship done right.

Since Kilstein’s departure, many other women have come forward online with their stories of his abuse.

Katharine Heller, a former guest on the podcast, said she experienced inappropriate behavior from Kilstein. “I want to apologize if I hurt anyone for not seeing his behavior sooner. I wish none of this happened. But it did, and we believed women,” Heller wrote on Facebook.

Camille DeMere, a former partner of Kilstein’s, and Clair Yee have also shared their own experiences with Kilstein on Twitter.

Didn't think I would ever speak publicly about this but I was a victim of Jamie's Kilstein's predatory behavior https://t.co/JzQVqcwiOO

I didn't have anything to worry about. To people everywhere. Trust your gut. Speak out if you can. You know when your boundaries are being

Disrespected and shit on. Just because they say they're a feminist doesn't me they are. Actions over words. #believewomen

The was I was treated was inappropriate, manipulative, and predatory. He uses his power and fame to manipulate women under the premise of…

Being a feminist. I am so thankful of all of the women who had shared experiences who reached out to me. #believewomen #trustwomen

Former fans of Kilstein’s have responded to the allegations by posting negative messages on his Facebook fan page and dragging him on Twitter, many expressing disappointment in the musician for not publicly responding to the allegations.

I'm angry with Jamie kilstein, not least for vindicating the trolls who said he was "only trying to get feminist pussy". Nice job, dickhead.

Don Giovanni Records, which previously released Kilstein’s album A Bit Much, has severed its ties with the artist.

Kilstein did not immediately respond to requests for comment regarding the allegations against him.