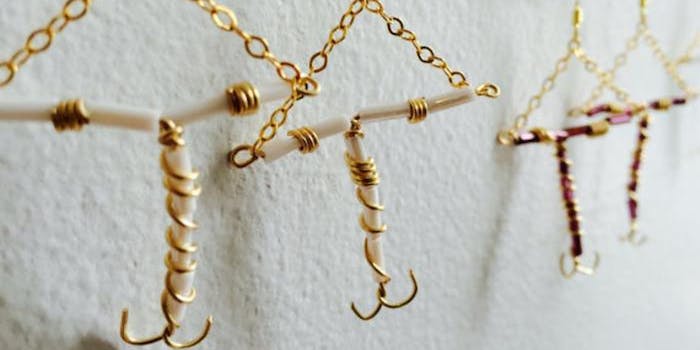 IUD earrings are real—and you can buy them on Etsy

Wear your contraceptive pride on your sleeve—or in your earlobes.

Scrambling for a belated Christmas present for your favorite reproductive health advocate this year? (Or for your favorite blogger, whose birthday is on January 3? Just saying.) How about some IUD earrings from Etsy, so you can support your favorite contraceptive method while simultaneously flaunting your accessorization skills?

The IUD earrings, which cost $30 a pair, are made of copper, beads, and gold chains, and have the amateur, rough-hewn quality of the earrings you’d make your BFF at summer camp. They’re available in white and purple on the Etsy store ContraceptCreations.

“Along with that oh-so-chic IUD sparkle, this jewelry facilitates an important conversation about access to reproductive health services,” reads the product description on Contraceptive Creations’ Etsy page. (Should you have unpierced ears/prefer something a bit more subtle than giant uterine forks dangling from your lobes, the earrings are also available as charms, pins, or necklaces.) 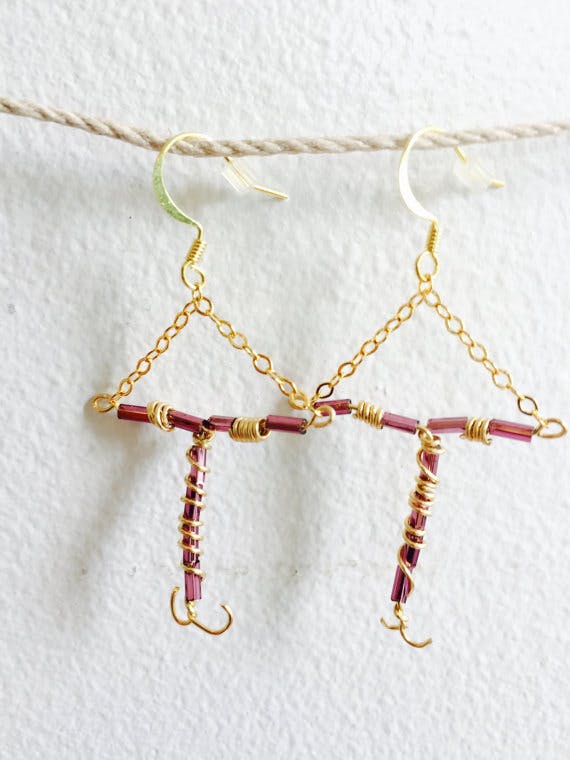 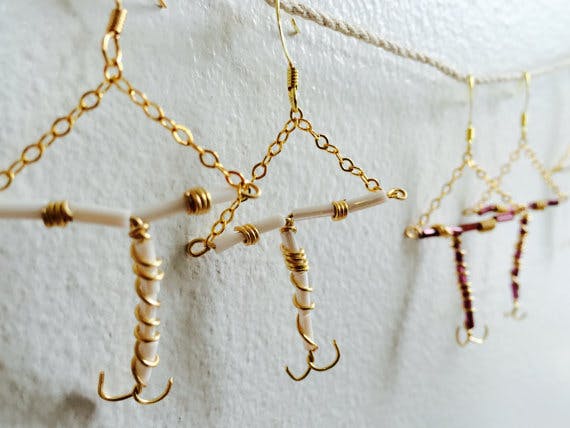 IUDs, or intrauterine devices, are small, T-shaped plastic devices that are inserted in the uterus to prevent pregnancy. There are two kinds of IUDs: hormonal and copper, which acts as a natural spermicide. Although getting an IUD is expensive—insertion can cost up to $1,000 without insurance—they last up to 12 years and are about 99 percent effective, giving them a distinct advantage over standard birth control pills.

ContraceptCreations is the brainchild of Natasha Miller, a women’s health research associate at Manhattan’s Institute for Family Health. She was inspired to create her Etsy store during a gift exchange at her office while she was working as a doula.

“I thought IUDs looked like jewelry, so I thought it’d be funny to make them for my boss, who’s a big IUD advocate,” she told the Daily Dot in a phone interview earlier this month. Through word of mouth, other people found out about Miller’s IUD earrings and started requesting their own pairs, prompting her to launch her Etsy store last September.

While IUD earrings are certainly unique, ContraceptCreations isn’t the only vendor for reproductive health-inspired jewelry. Other Etsy vendors hawk IUD earrings and medallions, and back in 2006, Planned Parenthood Cleveland collaborated with a local artist to make necklaces from expired birth control pills.

Lest you start making a fuss about the questionable hygienic practice of crowdsourcing used contraceptives, Miller says the IUDs in the earrings aren’t real: they’re made of wire, copper, beads, and gold chains.

But that hasn’t stopped the earrings from sparking a dialogue about IUDs and birth control in general.

“People are either like, ‘Are those what I think they are?’ or they don’t know what an IUD is or what it looks like, so they have no idea what they are and someone else has to explain it to them,” Miller said. “So either way, the earrings open up discussion.” 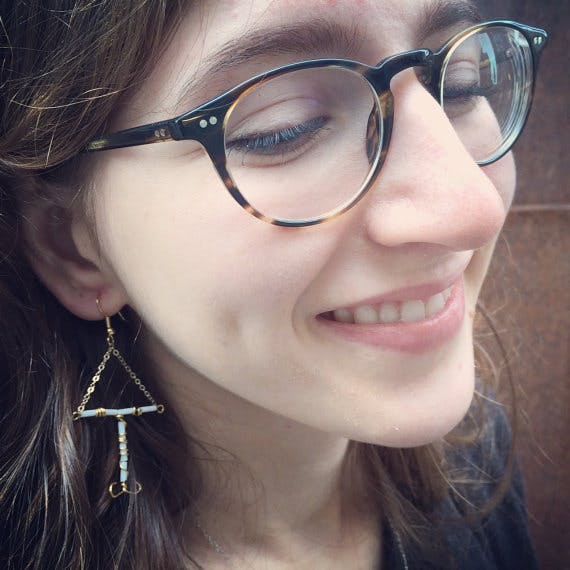 Although Miller only sells IUD earrings on ContraceptCreations for now—she estimates she’s sold a little more than a dozen pairs so far—she plans to broaden the scope of the shop in the future. For instance, she says she’d like to do something with hormonal contraceptive implants, which are typically small tubes surgically implanted into a woman’s arm, and she was also inspired by a recent Saturday Night Live sketch about NuvaBling, a blinged-out version of the hormonal contraceptive NuvaRing.

But she’s focusing on IUD earrings for now, especially because IUDs are experiencing something of a cultural resurgence as of late. The contraceptive recently got a glowing endorsement from Amanda Marcotte of Slate, based on pediatricians’ recommendation that sexually active teenage girls get IUDs. They even got a shout-out last year on Real Housewives star Kim Zolciak’s Bravo reality TV show.

“They’re starting to become popular,” said Miller, an IUD user herself. “There’s a new one out called Skyla, which is a little bit smaller. They’re kind of having a moment.”

But even though the culture at large is more open to discussing birth control and women’s reproductive health in general, there’s still something of a stigma attached to talking about IUDs.

For years, many doctors believed that IUDs led to an increased risk of infection, and avoided recommending the devices to women who had not yet given birth. My own mother, for instance, had warned me against getting an IUD, in light of a family anecdote about a cousin whose failed copper IUD was expelled while she was giving birth. (This is apparently a true and horrifying story.)

In recent years, however, medical professionals have reversed their stance on IUDs, on the grounds that they’ve significantly improved since the faulty Dalkon Shield IUD was yanked off the market in the ’70s. By wearing her contraceptive of choice on her sleeve—or on her ears, as the case may be—Miller hopes to eliminate the stigma surrounding IUDs once and for all.

“There are all these myths around IUDs—that they’re bad for you, that they’re ineffective,” she explained, after I brought up past medical complications arising from IUD insertion, as well as my own family anecdote. “But the more they’re talked about, the less stigmatized they become, and suddenly they’re this cool form of birth control that people don’t know much about.”