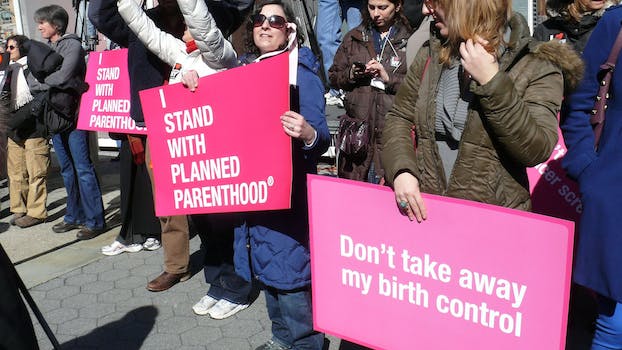 This is how you know a charity is legit

Here are 5 things to take into consideration before donating your time or money.

Charities across the United States have seen a surge in donations since Election Day. Planned Parenthood has received over 260,000 donations since Donald Trump was elected president and the ACLU has raised over $15 million from over 240,000 donors—and the first $7.2 million came just five days after the election.

Needless to say, people are mobilizing behind causes that could help protect the millions of Americans whose civil liberties and rights may be under attack when Trump takes the oath of office in a month—namely, women, immigrants, Muslims, and people of color.

Before giving to any charity, it’s important to vet the organization to make sure your money will be allocated appropriately and not be used to fund or develop problematic programs that go against the reason you chose them in the first place.

Here are some ways to check the credibility of charities and nonprofits before you give them your money:

Focus on the Family or Women’s First Choice might sound like good, wholesome organizations to give your money to if you’re, well, pro-families and pro-women’s choices, but one of those organizations promotes gay conversion therapy and the other gives women seeking abortions fake information to convince them not to have an abortion.

Hopefully, people aren’t giving money to organizations without reading their mission statement or taking a look at their programs, but in today’s fast-moving, “donate with one click” world, it’s easy to overlook important details or make decisions based off of fake information and fake news. It’s important to never stop at the name of a charity or nonprofit. Most organizations want to sound appealing to most people.

Figure out where else your charity is receiving money from

If you’re an environmental activist and you want to donate money to an organization that protects land, animals, and water across the country, you’re likely to be suspicious of your charity if one of its main donors is ExxonMobil, an organization that exploits land for oil and gas (this isn’t a hypothetical scenario, by the way). There are legitimate charities and nonprofits that claim to stand for one thing but may have compromised action plans because of big donations that come with conditions. Make sure to research names of big donors so you’re not donating to a charity with compromised beliefs or debts owed to companies you don’t agree with.

Use resources from charities you already know and trust

The Southern Poverty Law Center, a nonprofit itself, is a resource of lists like hate groups across the United States that could be useful for people who’ve already researched SPLC and want to cast their donation net wider (and in doing so want to know which organizations to avoid).

Use independent watchdog websites that evaluate charities and nonprofits

Charity Navigator is an independent charity evaluator designed to rate charities on their financial health and transparency. According to its website, the “ratings show givers how efficiently we believe a charity will use their support today, how well it has sustained its programs and services over time and their level of commitment to good governance, best practices and openness with information.” Charity Watch, another independent organization, rates charities on specific criteria and exposes nonprofit abuses.

According to AARP, good charities spend no more than about a third of their donations on administrative costs, but it’s also important to be wary of charities that claim 100 percent of your donation will go to a specific resource because there will always be administrative costs. Charity Navigator, Charity Watch, and Guide Star provide information about how donations are allocated at a variety of nonprofits and charities.