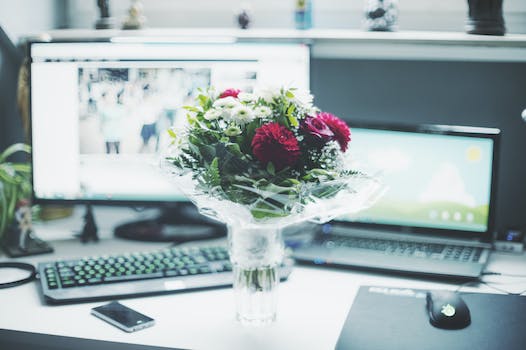 My mom fell for a scam artist on Match.com—and lived to tell the tale

I didn't understand how people could get scammed on dating sites—until it happened to my mom.

If you’ve ever watched an episode of MTV’s Catfish, or if you’re a fan of Dr. Phil, you’re probably familiar with the notion that people you meet online aren’t always who they appear to be. Sometimes, they have nefarious intentions. Take the story of Michael Picciano, who sued OkCupid last year after a man named genuineguy62 scammed him out of $70,000. Or the tale of this New Jersey woman, who lost more than $86,000 on Match.com.

Until recently, I’ve read these stories of online dating woes with a mix of horror and amusement. Mostly, I’ve wondered, Who are these people, and why would anyone fall for these scams?

Then it happened to my mom.

A few months ago, I was having brunch with my mom and listening to her lament the lesser qualities of her on-again, off-again boyfriend. At one point, I urged her to try something that had never quite worked for me: online dating.

“You should go on Match.com!” I exclaimed, envisioning my mother on dates with a slew of kindly divorcés who would woo her with flowers and chocolates.

My mom is bubbly and talkative, the kind of woman who makes friends wherever she goes. I knew in my gut that if she put herself out there, she’d meet someone new in no time. But beyond thinking that my mom is a catch, I had this fantasy of her entering a more mature online dating world than the one I’d occasionally dabbled in myself.

My limited experiences with online dating on OkCupid and Tinder have been pretty dismal. If my mom had a positive online dating experience, I reasoned, that would would be enough to give me hope for my own romantic prospects.

I felt hopeful, so I made one final push. “Just try it!” I urged. “What have you got to lose?”

A few days later, she texted me, “Thanks for telling me to try Match.com! I’m having so much FUN!”

She went on to tell me about all the men who were already pursuing her. One was an architect with homes in New York and California, and another was local to New York. But she seemed most taken with a military man named Scott.

“He’s on a peacekeeping mission in Afghanistan,” she explained. Later, she would show me his picture, giddy like a high schooler at showing off her new beau. But for the time being, she was just enjoying all of his attention.

“It’s crazy how quickly these guys want you to commit,” she told me.

“It’s crazy how quickly these guys want you to commit,” she told me.

“A lot of these military guys on Match.com, they really want to settle down and find someone,” she explained. “Anyway, for now I’m just having fun.”

A few weeks later, the situation had changed. My mom was no longer on Match.com, but she was still in touch with Scott. He had asked her to talk to him and just to him, and she’d agreed.

Something sounded off to me. Was she being catfished? I wondered. I pictured an obese man in a remote town, licking orange cheese curl dust from his fingers before clicking “send” on his latest love letter.

Something sounded off to me. “Is she being catfished?” I wondered.

But I shook the feeling off. My mom is educated and well-traveled. She has a master’s degree from Columbia University, and she lived in France when she was in her mid-20 to study theater and mime. Plus, she’s a native New Yorker. She just didn’t have anything in common with the naive idiots on shows like Catfish, who often live in isolated or suburban areas.

So instead of thinking that my mom was being catfished, I thought, This guy is trying to take up all her time by isolating her from other dating options. That really irked me.

But I never imagined he’d ask her for money.

One day, my brother texted me out of the blue and told me he was concerned about our mom. She had come to him and explained her friend Scott’s situation. Scott’s parents had left him an inheritance in gold bricks and jewelry and it was stuck in customs, so Scott needed to borrow $30,000. Could my brother help?

My brother responded with shock, but also deep empathy. He was recently engaged and he thought maybe my mom was eager to help him pay for his wedding. He urged her not to trust Scott. He explained carefully that there are lots of scammers who prey on sweet, trusting people every day.

That’s when my mom finally started to question Scott. She did some research and read some stories about women who had been scammed. And she even told me she’d cut off all contact with her scammer.

When I told my mom I was writing an article about online dating scams for the Daily Dot, she told me she was willing to talk to me about her own experience. I was shocked.

She seemed confident, full of energy, and not at all ashamed. I was happy to see her so happy, and amazed at her ability to bounce back from such an unpleasant experience, though a little surprised that she’d want to tell her story publicly. She told me she had learned a lot from this experience and that she wanted to help other women.

But on the day I called her to talk about the details of her story, she told me something that made my stomach churn. After she’d called her scammer out for what he was doing and told him she never wanted to speak to him again, he had apparently begged her to reconnect.

“If I tell you the truth, promise you won’t report me? We still talk,” she admitted. “He promised he isn’t going to scam women anymore. I think I’m helping him.”

“We still talk,” she admitted. “He promised he isn’t going to scam women anymore. I think I’m helping him.”

When my mom first realized that Scott was scamming her, she had felt hurt and humiliated. She cried. She had really developed deep feelings for her scammer, and realizing he wasn’t who he said he was absolutely crushed her. She sent him angry messages and cut off contact. She learned that she wasn’t alone in her experience and took comfort in that.

But then her scammer reached out repeatedly, explaining that he was living in a difficult situation in Ghana, that his parents really were dead, and that he was trying to make money to support his sisters.

I could not believe it. After all he had put her through, why would my mom still want to talk to her scammer? “It’s just spiritual,” she explained. “He could be like a son to me.”

My mom went on to recount the way her scammer had wooed her as Scott with daily texts, long conversations, and a compelling backstory. His parents had died, he had told her. His wife had betrayed him while he was in the service, and now he was looking for an honest woman to settle down with. He would retire in a few months time and relocate to wherever his beloved lived. He made himself sound vulnerable yet strong, and that tone appealed to my mom. “He was very masculine, but also tender,” she said.

While Scott was pursuing my mom on the Internet, my mom was running to doctor’s appointments with my grandfather, who was having health issues at the time. Sometimes, she felt overwhelmed by the stress, and hearing from Scott gave her sweet relief. He couldn’t wait to come to New York and take care of her, he’d say.

And he’d seemed so real. He sent pictures, doctored to include dates. At one point, he even held a digitally altered sign that read, “I love you, Nancy.” My mom laughed when she recalled that he’d even sent her pizza. 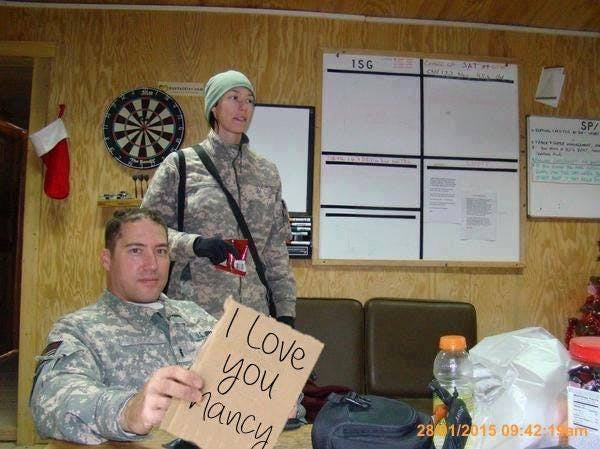 “A pizza?” I asked, incredulous.

“Yeah,” she told me. “From Domino’s. He sent me a pizza, and chicken, and brownies.”

I laughed, but then I turned serious. How could she maintain contact with someone who’d deceived her, especially when this man still had her address?

“Why are you still talking to him?” I asked. “He tried to steal money from you!”

I could easily see the scammer patiently working to regain my mother’s trust, then asking for favors a few months down the line. No good could come of this. I was certain.

“You have a son. And a daughter,” I reminded her.

Later that night, I texted my mother. I realized part of what she was seeking from Scott wasn’t romance, it was contact.

I told her I loved her and I missed her and that it made me sad that she would invest in a stranger when she has two children who love and need her, even if we don’t always call or say it. But, I assured her, if she reached out we would be there.

I also sent her several screenshots from a website called Romancescams.org detailing the dangers of scams, and the new twist scammers have developed where once the victim becomes wise to the scam, they confess and say they truly did fall in love. I told her how dangerous I felt contact with her scammer could be.

A few days later, my mom called me. Her voice was bright and cheerful. “I thought about it, and I’m not going to talk to him anymore.” I breathed a huge sigh of relief.

She told me she wasn’t going to date online anymore. She would rather meet someone the “old-fashioned” way. Then a few days later, she texted me to say she’d gone on a date with someone who lived nearby. “He was a jerk!” she wrote. And I laughed, because that’s the New York dating world I’m familiar with.

What I learned from my mother’s close call with a scammer is that scammers prey on empathy. They use it to connect with, and ultimately ensnare, their victims. And what they offer is something so basic that we might forget it’s even at our disposal, so long as we have friends and family in our lives: a person who will always be there for you.

Scammers prey on empathy. They use it to connect with and ensnare their victims.

I am in awe of my mom’s bravery in letting me share her story. I’ve asked her a few times if she’s sure she wants to do this, and each time she has told me, “I really think it will help people.” And when I think about it, my mother’s endless desire to help others—the very thing that caused her to nearly be scammed out of $30,000—is also the quality that I most admire about her.