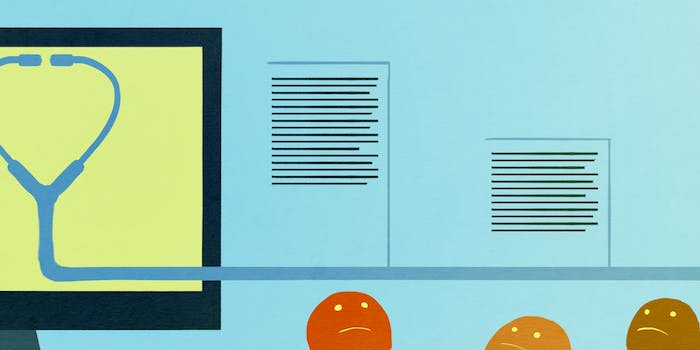 Low-income, poorly educated, and people of color are critically underrepresented in medical research that could benefit them.

The internet has promised a lot when it comes to scientific research. As the web becomes something most people can access quite easily, theoretically it should be easier to incorporate more diverse populations into research—something that’s hampered scientists for decades.

The reasons for this discrepancy are unclear, the researchers said in a press release. They weren’t sure if people were less likely to follow up due to a lack of access to the internet, less computer literacy, or some other factor. The results are also surprising, because when the researchers interviewed the participants at the outset, all groups reported they were highly interested in seeing their results online.

In fact, most participants did not view their results. Of the entire group of 967, only 12 percent actually saw them. But the results were significant when researchers compared how many people from each of the demographic groups viewed their results.

In the paper, the researchers discussed how their findings present an obstacle for President Obama’s Precision Medicine Initiative, which emphasizes participants engaging in their own research. The results are also perplexing because in the age of Fitbits and the quantified self, people seem more interested than ever in seeing themselves reflected in data. The researchers even used a familiar platform, 23andMe, to do the genetic analysis.

But now that researchers know underrepresentation in research persists, they can begin to find ways to overcome it, making research more inclusive and ultimately more applicable for everyone.