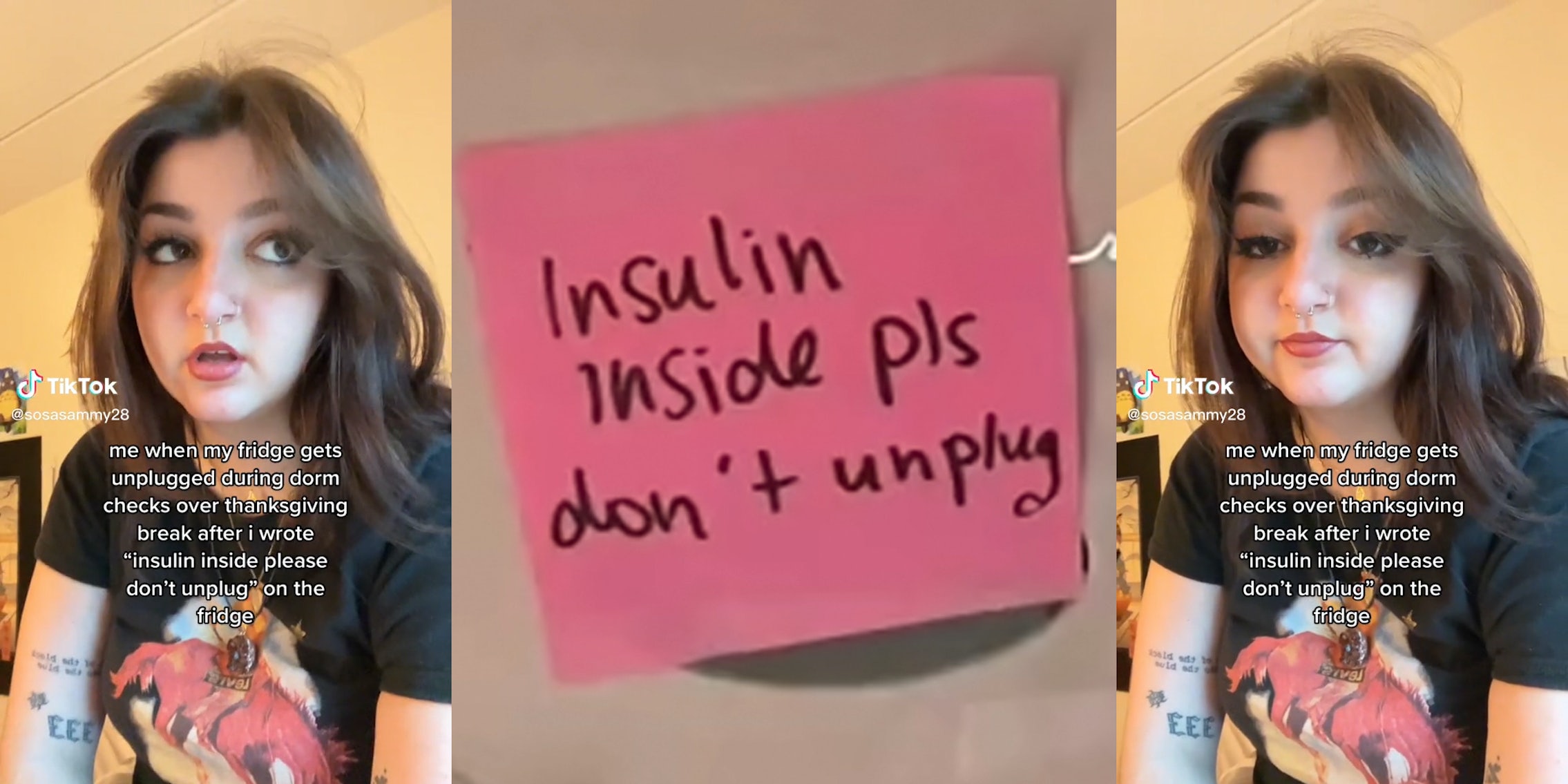 A college student claims that a personal refrigerator in their dorm room—which held their insulin—got unplugged during a holiday break dorm check.

In the short video, TikTok user @sosasammy28 (Samantha) says she left a note on the fridge reading: “Insulin inside please don’t unplug.” When she returned from Thanksgiving break, however, she found that her fridge had been tampered with.

“Love the warm, unrefrigerated insulin I came back to,” reads her video caption. “On a serious note, this is not OK.” Her TikTok has over 1.5 million views.

According to the U.S. Food & Drug Administration, insulin should be stored in a refrigerator at approximately 36°F to 46°F to maintain its potency. While unopened insulin vials may be left unrefrigerated at a temperature between 59°F and 86°F for up to four weeks, it warns, altered products that have been removed from the vial need to be discarded within two weeks.

In a comment, however, Samantha clarified that her school told her “fridges didn’t have to be unplugged.”

“This is why I have a problem,” she wrote, “especially since I wrote that note.”

In a follow-up video, Samantha says she had 27 vials (over $4,000 worth) of insulin in her fridge. She also says that her doctor told her to throw away all of her insulin after a month.

It’s unclear from either video what university she’s attending and whether the school will reimburse her for the money she lost. Still, the TikToker says that she’s meeting with her school’s head of resident life soon.

Indeed, many fellow TikTokers encouraged Samantha to take further action against her university.

“You literally need to be reimbursed by your school!” reads one comment. “If they aren’t helping, let us start calling/emailing.”

“I’d be FUMING,” wrote another user. “Write your RA and dean. Jesus, I am so sorry.”

The Daily Dot has reached out to Samantha via TikTok comment.