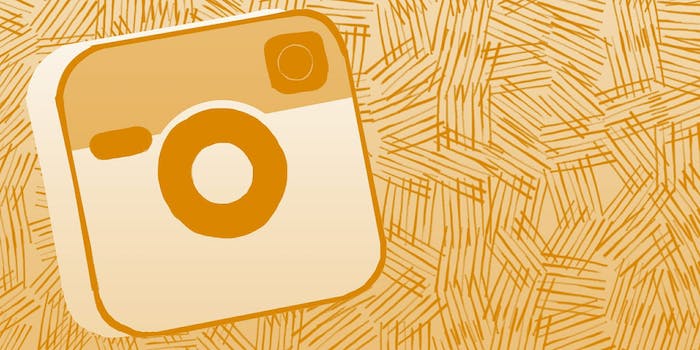 Your Instagram feed might be flooded with photos of oozing eggs Benedict and perfectly mashed avocado toast, but there are also people using the platform to flaunt their severe lack of food.

“These communities have existed for years, even before the Internet,” Stevie Chancellor, one of the researchers on “#thyghgapp: Instagram Content Moderation and Lexical Variation in Pro-Eating Disorder Communities,” told the Daily Dot of people discussing eating disorders online. “But the Internet has made sharing this information much easier.”

Back in 2012, Instagram banned a number of pro-eating disorder terms from being searched, such as popular ones like #proanorexia, #thinspo (shorthand for thin inspiration), and #thighgap (the aspirational gap between the thighs of a very thin person). What the researchers looked at were variants of these banned terms, and how the pro-eating disorder community has not only thrived since the terms were banned, but has grown thanks to misspelled variants of the originals. After looking through 2.5 million posts between 2011 and 2014, they had some surprising discoveries.

Chancellor said their research showed that before the original terms were banned, these variants did not exist. But instead of the ban serving as a deterrent, it became a challenge to come up with new ways of spreading the gospel. 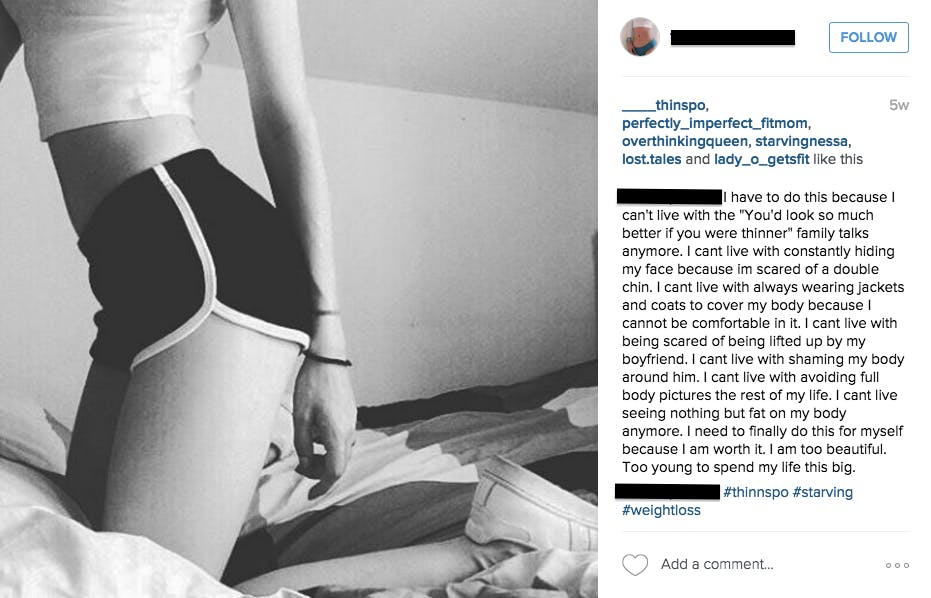 The pictures you’ll find under variants like #thygap, #thinsperation, #thinnspo, #ana, and the like, show mostly young women displaying impossibly thin hip bones, jutting collarbones, and concave stomachs. Rarely do you see their faces in these photos, and despite their level of thinness, many captions indicate low self-esteem and disatisfaction—hallmarks of eating disorders.

“People who seek out thinspo-related content do so because that content fuels thoughts and behaviors that are linked to full-blown or subthreshold eating disorders,” Claire Mysko, CEO of National Eating Disorder Association (NEDA) told the Daily Dot in an email. “Images are particularly potent, and that’s why image-based social media platforms can become a go-to.”

Chancellor, along with fellow researchers Munmun De Choudhury, Jessica Pater, Trustin Clear, and Eric Gilbert were also surprised to find that the posts on these variants receive, on average, more likes and comments than photos tagged with the earlier, properly spelled terms.

“They use a ton of hashtags. They’ll use the original and then variants they want to connect it to,” Chancellor explained. “They do it to make people semantically aware of what the [new] hashtag means.” And in turn, this made it easier for the team to collect data on the old versus new hashtags.

They also found that unlike most Instagram accounts, which keep photos up in perpetuity to have a running visual record of their lives, many of the active pro-eating disorder accounts were surprisingly ephemeral. They believe this is owed to the vulnerable nature of these posts and a fear of having their true identities revealed. Many see Instagram as a safe space for fueling their unhealthy lifestyle, and if a friend or loved one finds out a person is posting about starving themselves or bragging about extreme weight loss, it could lead to real-life consequences.

“It’s a black box, in the sense that we don’t know what drives them to ban something,” De Choudhury said. Since the Georgia Tech team released the paper, #thygap (which had 111,000 entries) and #thinsperation (which had 97,000 entries) have both been banned from Instagram search. So know that at the very least, a scholarly paper will do the trick.

But as Instagram told the Daily Dot, it’s difficult to completely police these hashtags as people in recovery use the platform the keep track of their eating disorders and journeys toward health. “Enabling people to discuss their journeys with self-injury or connect with others who have battled similar issues can be an important part of recovery, but we have zero tolerance for content that encourages users to embrace self-injury,” an Instagram spokesperson told the Daily Dot in an email.

Mysko also recognizes that Instagram can be used in a positive way for people suffering from eating disorders. “While we do see people using social media to fuel their disorders, we also see that it can be very beneficial in recovery, depending on where an individual is on their path,” Mysko told the Daily Dot in an email. “We have a growing community of people with pro-recovery and body positive accounts who support each other and post content to counteract the toxicity of thinspo.” 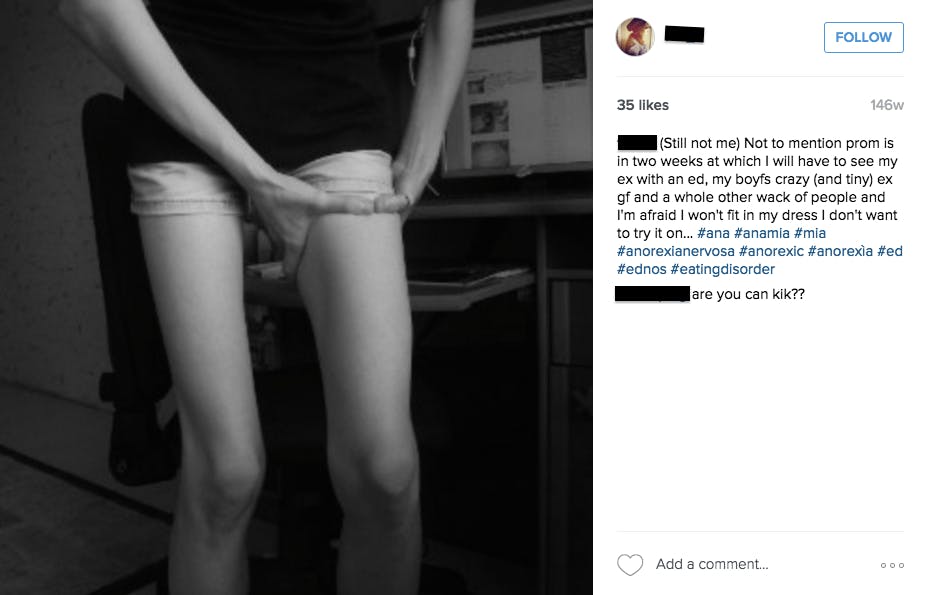 If a user comes across content promoting eating disorders or self-harm, they can report it in Instagram’s help center. Then it’s in the company’s hands.

“We recognize that this is a complex issue, so we strive to go beyond simply removing the content or a hashtag and instead take a holistic approach, employing tools and education, and working in partnership with organizations who specialize in mental health issues,” the Instagram spokesperson said.

Indeed, the company doesn’t take a passive approach when it comes to people using Instagram to spread hurtful and worrisome images. The site has a robust Community Operations team to provide support 24/7 worldwide in more than 30 languages and also sends emails to people who posted harmful content with information on how to get help. And as previously mentioned, it partners with organizations to provide proper support, and one such organization is the NEDA.

Mysko acknowledged the partnership with Instagram, but wasn’t sure just how many people find her organization through the platform as it’s not always disclosed. “Enaging [with users] might be the next step,” Chancellor said. “We’re thinking of ethical next steps in doing this.”

The main thing the Georgia Tech study was trying to find out is whether content moderation has a lasting impact on the behaviors of eating disorder sufferers, and the short answer seems to be no. While one can no longer lust after a #thighgap, similar hashtags serve up more than enough encouragement.