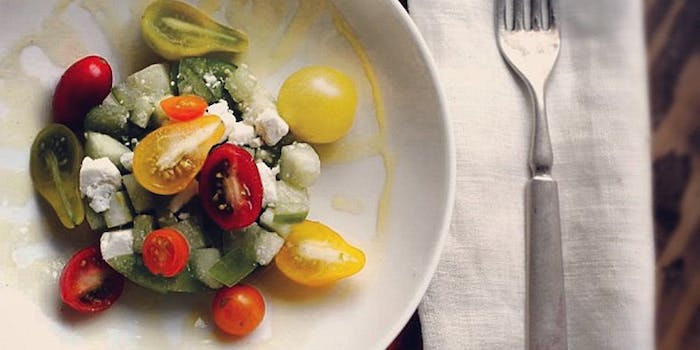 Instagram users are going to snap their meals anyway, so one restaurant is taking advantage with a hashtag-powered Instagram menu.

Open Instagram and it’s almost inevitable you’ll see a photo of someone’s food gawking back at you.

One restaurant has taken the Instagram community’s food obsession to heart by actively asking patrons to snap their dishes for a searchable, visual menu. By appending relevant hashtags to each menu, New York City eatery Comodo is hoping diners will help each other understand exactly what they’re ordering.

Latin American-inspired plates like the coffee-rubbed cochinita and churros & chocolate are set to take their place in the #ComodoMenu. Or at least, that’s the restaurant’s plan.

A YouTube video promoting the Instagram campaign was uploaded two days ago, and already hashtag hijackers are adding photos of themselves, rather than meals, to Instagram under the #ComodoMenu tag. Oh, and here’s a random photo of a banana and an image macro using the tag.

There are some actual photos of food amid the 50 to use the hashtag thus far, and the swordfish ceviche is among the more appetising-looking of the blurry snaps:

A cynic might suggest the restaurant isn’t willing to fork out for a pro photographer to capture images of the food. That same cynic could also surmise that Comodo is getting patrons to do all its promotional legwork by getting them to share photos of meals with their Instagram followers under false pretenses.