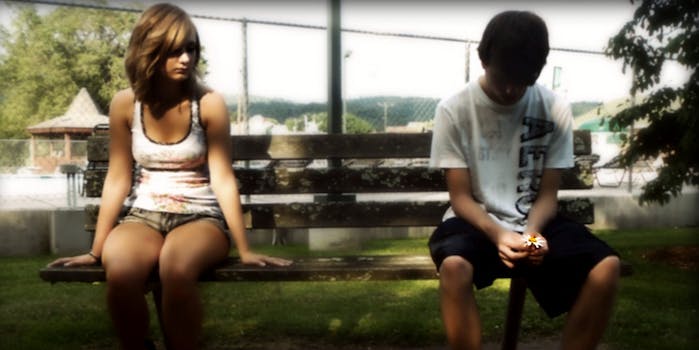 Is this what all the cool kids are doing these days?

Some people break up with their significant others on the phone, via text or on a Post-It note. But when he chose to break things off with his ex-girlfriend, Instagram user @Cjkarl11 opted for a far more humane method: an Instagram hashtag traditionally used to post weight loss selfies.

A high schooler in Georgia, @Cjkarl11 posted two shots of himself with the hashtag “#TransformationTuesdays” (a hashtag often used with before-and-after shots of someone’s weight loss or makeover) this week. In the first photo, he’s depicted with his arm around a comely blonde. In the second photo, the blonde girl is cropped out.

As you might imagine, what happened next wasn’t pretty: 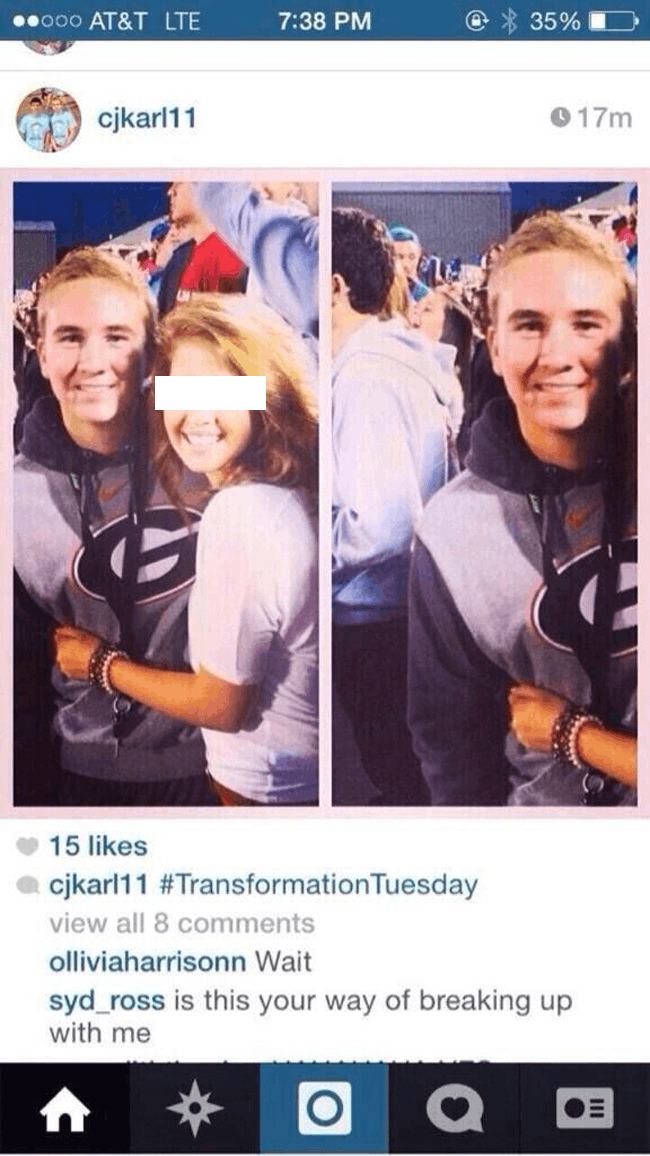 @Syd_ross’s and @Cjkarl11’s accounts are both set to private, so it’s unlikely most of us beyond the Georgia high school bubble will ever get the full story behind the demise of their relationship. But considering the—how do we put this delicately—unorthodoxness of @Cjkarl11’s breakup method, we can reasonably assume the relationship ended on less than amicable terms.

For his part, @Cjkarl11 and his friends are taking his newfound Instagram fame in stride.

I just got 30 follower requests for being in a picture on @cjkarl11‘s Instagram from over a year ago…..

So what can we learn from @cjkarl11’s shining example? That if you passive-aggressively dump your high school girlfriend on social media, you’ll earn 3,000 new Internet friends and become a hero in your hometown. Isn’t the World Wide Web a wonderful place?