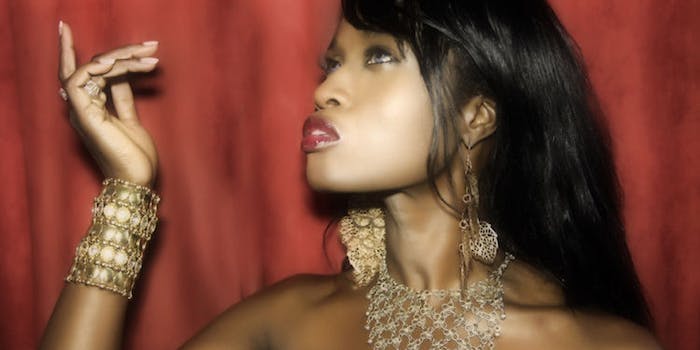 It's enough to wonder: Does Instagram have something against women?

The term is more typically associated with Hindu religious figures, Greek and Roman mythology, and modern-day paganism. Goddess worship can involve anyone from Aphrodite and Lakshmi to Diana and the Virgin Mary. It’s a favorite of Wiccans, Hindus, yogis, Santeros, Vodun practitioners, and spiritual feminists—as well as old-school, tree-hugging pagans.

So when the #Goddess tag abruptly disappeared from Instagram on Monday, a lot of users took notice—and action.

Using the tags #BringBackGoddess and #BringBackTheGoddess, women are protesting the removal of the tag, which they say happened because the network deemed too many people were posting nude photos.

People also took to Twitter to air grievances and protest Instagram’s decision to ban #goddess. Many pointed out the fact that #god was not an issue while the female version somehow created a problem. Still more users protested what they said was a direct restriction on expressing their religious beliefs.

Instagram needs to chill, why ban the word #goddess and not #God ?

@instagram As a #Pagan who connects to other Pagans on your platform please #bringbacktheGoddess. Don't limit my religious belief! #Goddess

This is hardly Instagram’s first censorship controversy. In addition to last week’s #curvy debacle, the banned a photo of a fully clothed woman whose menstrual blood shows through her sweatpants, various artistic nudes posted by supermodel Chrissy Teigen, an entire account full of famous lesbian fashion photographer Cass Bird‘s family pics, and a fully covered bikini photo in which one women’s full bush slightly peeks out over the edge of her bottoms. Of course, any picture that dares show a “female nipple” as opposed to a “male” nipple has been banned, a policy that has spurred ongoing #FreeTheNipple campaign.

I can confirm that we did recently block the #goddess hashtag. Here’s some additional info: We only block hashtags when they are consistently being used to share images and videos that violate our Community Guidelines.

In this case, #goddess was consistently being used to share content that violates our guidelines around nudity. We’ve taken similar action on dozens of hashtags because they were being used to share inappropriate content.We’re working on a way to more quickly restore certain hashtags that have previously been blocked.

We’re also working on ways to better communicate our policies around hashtags.”

Photo via Sabine Mondestin/Flickr (CC BY 2.0)