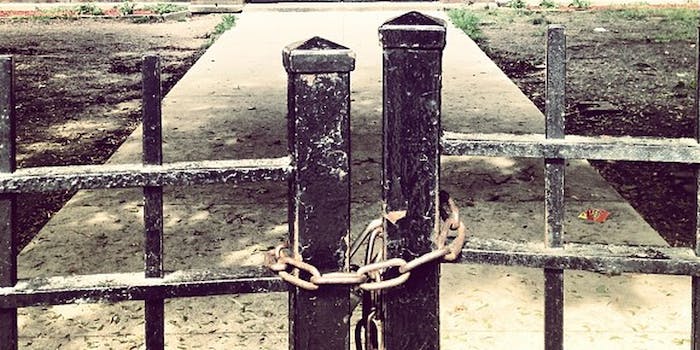 In 50 closed Chicago schools, all that remain are memories and abandoned material.

Chicago Tribune photographer Brian Cassella tore around the city last Monday, the day kids returned to school after summer, visiting 38 schools in 12 hours. He shared photos from each on Instagram. “I was looking for two things at each school: signs the students and teacher had left behind, and then the architectural style,” he told Fast Co.Exist.

It was the first time Cassella had used a smartphone for work. The smaller iPhone 5 lens allowed him to shoot through security screens at the schools when a traditional camera would not.

Chicago shut the schools to curb a budget deficit. Despite the closures and laying off 1,000 teachers, Chicago’s Public School system in July forecast a $1 billion budget black hole for 2014.