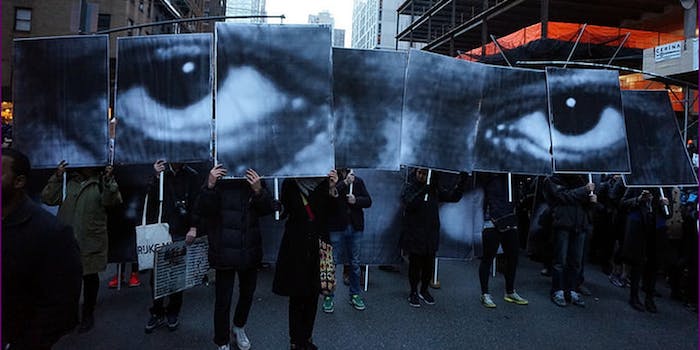 Is Instagram censoring searches for Sandra Bland and #BlackLivesMatter?

On Tuesday night, users who tried to search the tags said they were met with blank screens.

On Tuesday night, Instagram users looking for posts about Sandra Bland found nothing. The hashtag for her name, however, appeared to have been disabled.

Those who searched for Sandra Bland posts could hardly believe it. Some tried a variety of other hashtags to make sure it wasn’t just their computers or phones on the fritz. That’s when they discovered #SandraBland, #BlackLivesMatter, and #BlackOut were similarly absent from search results.

Frustrated and angry, many took to Twitter to criticize the Instagram hashtag disappearance, since the same tags were still operable on the other social networks.

According to the Huffington Post, Instagram temporarily restricted the visibility of the #SandraBland tag on Monday. The company said the decision wasn’t an attempt to censor people speaking out about Sandra Bland’s suspicious death in a Texas jail cell but a measure to curb the hate speech that had begun popping up under the hashtag.

“Content in the ‘Most Recent’ section of a hashtag can be abused because the photos and videos that appear in that section are highly visible,” an Instagram spokesperson told the Huffington Post.

Instagram applied similar logic to its recent censorship of the #goddess hashtag. “We only block hashtags when they are consistently being used to share images and videos that violate our Community Guidelines,” a spokesperson told the Daily Dot Tuesday.

After about 24 hours, the #SandraBland tag was again working normally on Monday. Until Tuesday night, when it seemed to disappear, then reappear, again for a couple of hours.

Instagram responded to the Daily Dot on Tuesday night, saying that it looked into it and found that none of the hashtags had been blocked. We sent a second email with links to posts saying that both #SandraBland and #BlackLivesMatter that appeared to contradict that claim. We did not receive another response at press time.

“So there may have cases where people clicked on hashtags and there was no content (like the screenshots you sent),” the spokesperson wrote. “Again, this search outage impacted many hashtags, but was fixed quickly. To reiterate: at no time have we ever blocked or banned #sandrabland or #blacklivesmatter or #blackout.”

The tags were only down for a brief window on Tuesday, but it was long enough to send the Internet into a frenzy.

@instagram I'm so mad with y'all for removing #BlackLivesMatter & #SandraBland hastags. Don't EVER do that AGAIN 😠

One user suggested a possible explanation, posting that Bland’s family had asked the public to stop speculating about her death online.

repost via @instarepost20 from @theshaderoominc Sandra Bland’s hashtag has been blocked on Instagram. There are only a few posts that are being shown out of thousands in the U.S. A few days ago, Sandra Bland’s family asked that people stop posting speculation posts about her death. This could have something to do with it. #BlackLivesMatter #SayHerName #JusticeForSandraBland — Update ** it’s back working now! #instarepost20

Bland’s family did not directly address social media activity around her death; instead, the alleged request was reported by Bland’s former sorority, Sigma Gamma Ro, in a post that has since been removed.

An Instagram spokesperson told the Huffington Post Monday that the network currently does not notify users when a temporary block is placed on a hashtag, but that the company is considering changing the policy.

Photo via The All-Nite Images/Flickr (CC BY 2.0)