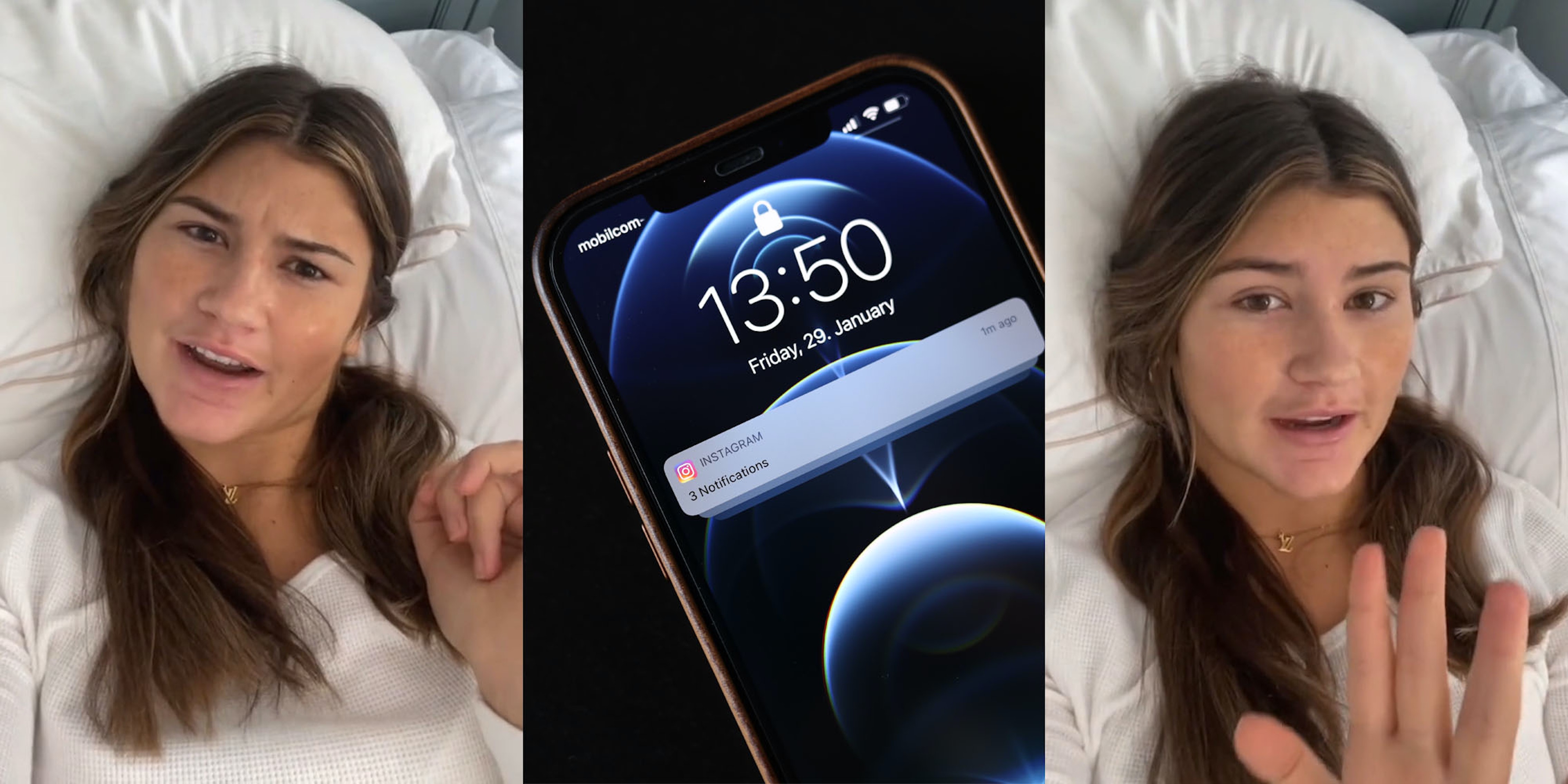 ‘How did you know that?’: Woman claims Instagram notified followers that she was swiping on Tinder

'I have relatives, cousins, uncles, people who just do not need to be knowing I am swiping on Tinder.'

A TikTok user has gone viral after posting a video claiming that Instagram may be sharing private information about her activity on the dating app Tinder with her followers.

The video was posted by user Nicole (@nicolekcaruso) who took to the video-sharing platform to share her experience of receiving messages from her guy friends teasing her about using the dating app.

i am just praying that they’re messing w me and this isn’t real, which is honestly a possibility. regardless i’m deleting tinder IMMEDIATELY.

“I don’t know who authorized this update, this feature, I get a simultaneous text from two of my guy friends that say ‘Why are you swiping on Tinder at 11 am,’ and immediately I’m like, ‘how did you know that?'” Nicole says in the video. “Like, none of the guys that I swiped on even looked familiar. It’s not like they could’ve been mutual friends.”

Confused, Nicole asked how they knew about her activity on the app. That’s when she learned that Instagram had allegedly sent out a notification to her followers saying, “Nicole is swiping on Tinder.”

In the video, she expressed her frustration with the alleged feature. “I have relatives, cousins, uncles, people who just do not need to be knowing I am swiping on Tinder,” she says. “Like, no one needs to know that information.”

At this time, it is unclear whether Instagram indeed shared information about Nicole’s activity on Tinder or if her friends were joking with her. She clarified this in the caption, “I am just praying that they’re messing w me and this isn’t real, which is honestly a possibility. regardless i’m deleting tinder IMMEDIATELY.”

While Tinder users can link their Instagram accounts to their dating app profiles, Tinder has not announced an update that shares account activity across social media platforms. The only measure of recent activity, according to the app’s website, is the green dot that appears on matches profiles that have been active in the past 24 hours.

Nicole’s video quickly went viral, accumulating over 123,000 views, with many people expressing their shock and outrage at the possibility of Instagram sharing this type of information with their followers.

“I am terrified,” wrote one user.

One user had an alternative explanation: “It doesn’t do that. Your tinder profile probably just said you’re online now”

The Daily Dot has reached out to Nicole via both TikTok comment and Instagram direct message, as well as to Tinder via press email for more information.