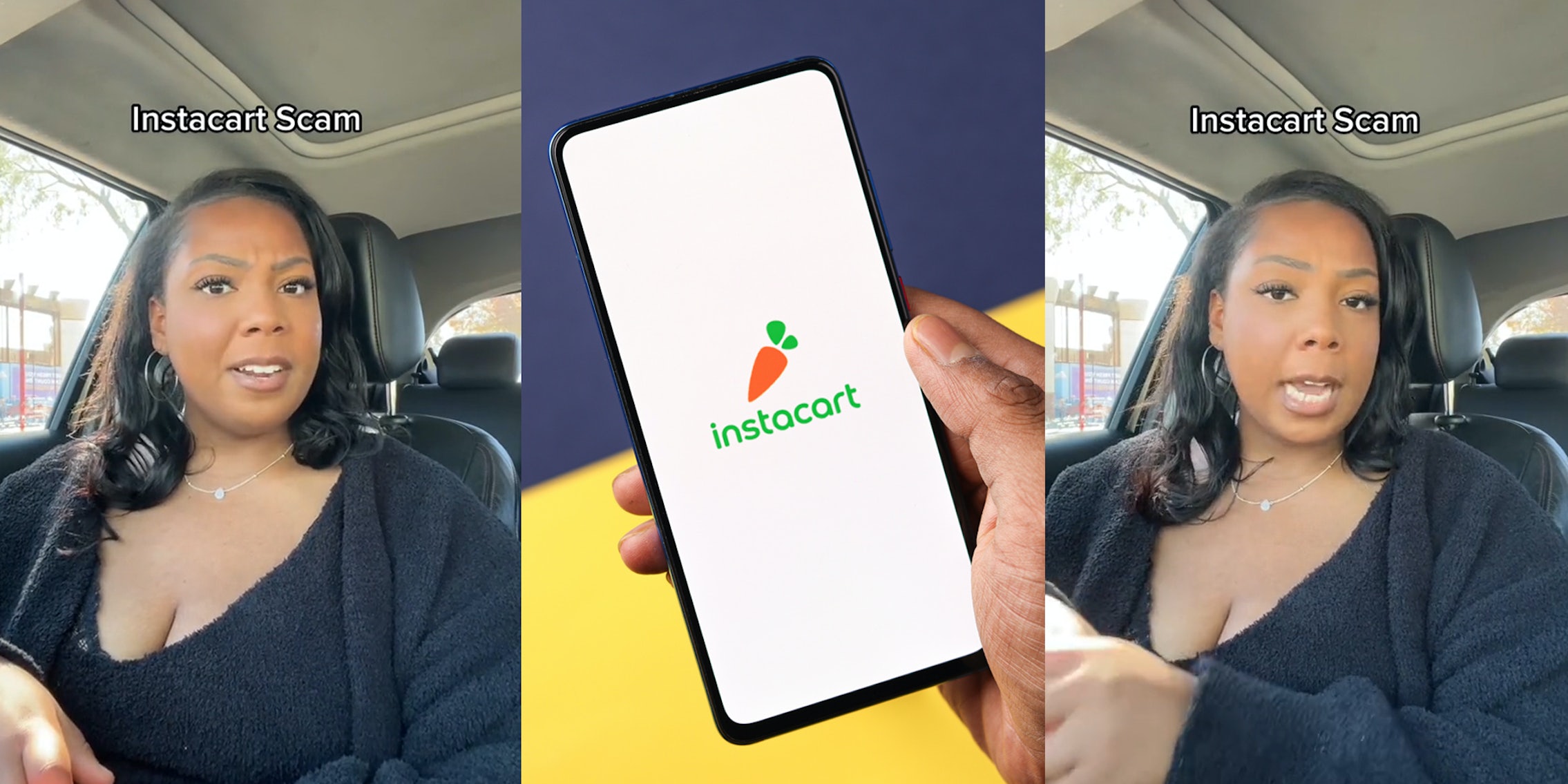 ‘They are getting creative’: Instacart shopper shares PSA after customer tried to scam her by impersonating the company

'I've never had this fraudulent thing happen before.'

An Instacart shopper claims that a customer tried to scam her by pretending to be an Instacart representative through the app in a now-viral TikTok, warning others to be vigilant when taking orders.

In the video posted by user Meka Sampler (@sneakymekytv) on Nov. 25, she says that she accepted a small order from a store just “down the road” but received a message from the customer who claimed that there was “a problem with the order” and asked her to call them. Sampler explains that Instacart shoppers are told not to use their “real phone numbers” to contact customers, so she called the customer through the app.

“Instead of the client answering, it was an Instacart representative saying, ‘Hello, there’s been a fraudulent order. The person who bought these items paid in a fraudulent way, so we’re going to cancel this order for you,'” Sampler says. “It was just really weird the way they said it ’cause I’ve had them cancel orders before, but I’ve never had this fraudulent thing happen before. And if so, why wouldn’t Instacart just message me?”

She continues that the person on the phone congratulated her on her “good reviews” and said that Instacart would be sending her a $30 gas card “for the inconvenience” of the canceled order.

“Instacart doesn’t do that. They’ll give you bump pay for the same amount,'” she says. “They’re like, ‘yeah, you should be getting a text to your phone number.’ But I called them through the Instacart app so maybe they thought I was using my real number.”

She says that they told her they would need “more information” from her to “finalize” the gas card, prompting her to hang up and report the incident to Instacart.

The video has reached over 105,000 views as of Nov. 30, with other Instacart shoppers sharing their experience with similar “scams.”

“I had one last week that wanted me to call their number. It was bundled with another upper apartment order. I said f that and canceled the batch,” one user said.

“This happened to me instead they offered a bump. When I contacted text support they had no records of the call or order. Got locked out of acct too,” another wrote.

“Yes its a scam they almost got me but it happened to my friend b4 so I already knew. they told me they would send a code and I have to give it to them,” a third shared.

Workers in other industries said that scams like this are a ploy to gain account information that can’t be easily “disputed.”

“I work for a bank. it’s those small orders where the scam starts. once you give the scammer your information you really can’t dispute anything,” one commenter warned.

“Used to do driver support for Uber, there’s a similar scam where a scammer requests a ride then calls the driver through the app pretending to be Uber,” another said.

The Daily Dot reached out to Sampler and Instacart via email.