Family says it may shut down its business.

Memories Pizza in Walkerton, Ind., bills itself as a Christian business. For that reason, it eagerly enforced its state’s Religious Freedom Restoration Act, which gives businesses the right to refuse service to gay and lesbian customers because of religious reasons.

“If a gay couple came in and wanted us to provide pizzas for their wedding, we would have to say no,” Crystal O’Connor, whose family owns Memories Pizza, told ABC 57.

But just after becoming Indiana’s first business to deny service to LGBT customers, the owners of Memories Pizza say they may shut down for good after receiving “a lot of death threats,” according to talk radio host Dana Loesch.

Just got off the phone with #MemoriesPizza; they’re considering never opening again. Receiving a lot of death threats.

#MemoriesPizza owners say they’re considering packing up and leaving town due to the threats from the #BoycottIndiana crowd.

The people on Yelp weighed in as well. Folks accross the country took to the opinion-sharing network to express their displeasure for Memories’ policy.

For context, here are a couple of reviews from before shit hit the pizza oven: 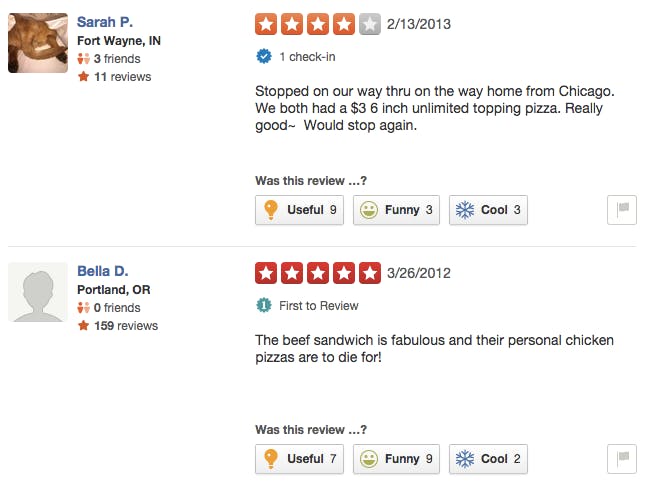 Then the Internet took over. Some called out the family’s hypocrisy.

Others took the opportunity to fill the store’s Yelp page with various profanity.

Some took issue with the insinuation that a gay couple would ever serve pizza at their wedding.

Mostly, they feel that this blatant hatred just makes the pizza taste bad. 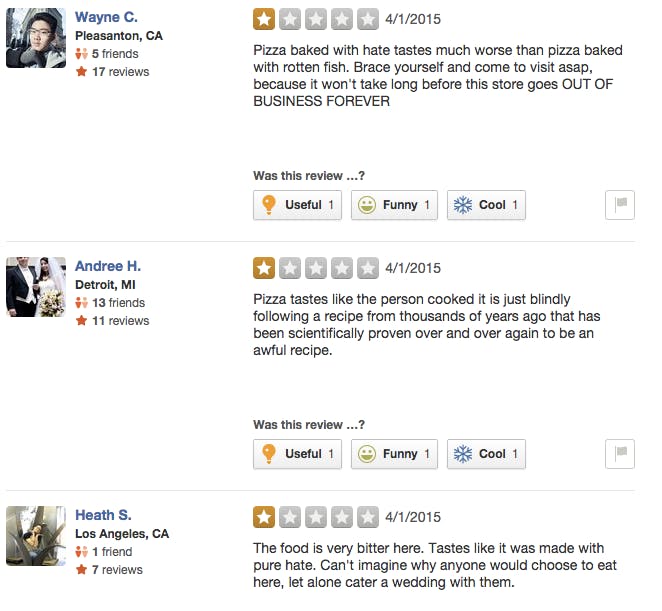 Update 7:53pm CT, April 1: Memories Pizza is temporarily closed, but a GoFundMe campaign raised more than $20,000 in only two hours Wednesday for the pizzeria.

“We have not opened our doors,” Co-owner Crystal O’Connor told The Blaze. “I don’t know if we will re-open or if we can… We’re in hiding basically.”