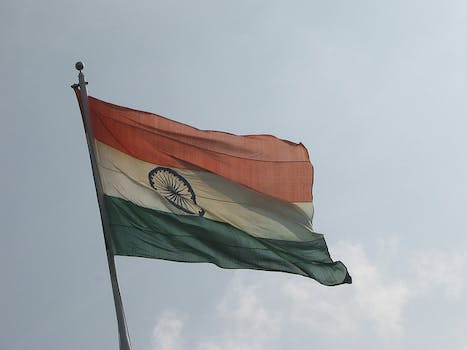 The post questioned whether Mumbai should have shut down for the funeral of controversial political figure Bal Thackeray. One of the two women was arrested for merely liking the message.

In India, expressing your opinion on Facebook can lead to jail time.

Two women were arrested in the Mumbai suburb of Palghar for a Facebook comment related to the death of Bal Thackeray, a controversial right-wing Indian politician who founded the Shiv Sena political party and pushed for a Hindu Nationalist agenda.

When news of Thackeray’s death spread to Mumbai on Saturday, the city’s shops and business closed down out of respect for the polarizing politician. Annoyed with the city’s shutdown for the funeral procession, which was attended by nearly 1 million people, Shahien Dhada took to the social network to express her frustration.

Although there are conflicting reports regarding the exact phrasing used by the 21-year-old Indian woman, the nature of her Facebook comment implied that the city’s closure was unmerited.

According to The Mumbai Mirror, the 21-year-old wrote, “People like Thackeray are born and die daily and one should not observe a bandh for that.”

A bandh is a closure of a city.

Meanwhile, NDTV is alleging that Dhada wrote the following on her wall:

“Respect is earned, not given and definitely not forced. Today Mumbai shuts down due to fear and not due to respect.”

Bhushan Sanke, a member of the Shiv Sena party, spotted the comment and proceeded to report Dhada and Ruhi Shrinivasan, a girl who liked the post, to the police. On Monday, at 10:30am local time, the two were detained and charged with violating Section 295 A of the Indian Penal Code, which prohibits “deliberate and malicious acts, intended to outrage religious feelings or any class by insulting its religion or religious beliefs.”

They were also charged with “making statements creating or promoting enmity, hatred or ill-will between classes” and with violating Section 66 (A) of the country’s Information Technology Act, which makes it illegal for people to use social media to make obscene comments.

The latter statute has been used by Indian officials against its citizens on several occasions. Last September a 22-year-old Indian woman was arrested for accusing the police of failing to do their job after her vehicle was stolen.

Dhada and Shrinivasan were released that same day after posting a Rs. 15,000 bond, approximately $272.

In addition to her arrest, Dhada’s comment resulted in members of the Shiv Sena party vandalizing her uncle’s orthopedic clinic as payback. A separate police report has been filed for that incident, but the vandals have yet to be arrested.

At least one  prominent Indian official is denouncing the arrest of the two women. Justice Markandey Katju— former Supreme Court of India Judge and current chairman of India’s top media body, the Press Council of India— sent an email to Maharashtra Chief Minister Prithviraj Chavan decrying the actions of his police force and accusing them of breaking the law.

“To my mind it is absurd to say that protesting against a bandh hurts religious sentiments,” Katju wrote in his email, which he republished on his blog. “Under Article 19(1)(a) of our Constitution freedom of speech is a guaranteed fundamental right.”

“We are living in a democracy, not a fascist dictatorship. In fact this arrest itself appears to be a criminal act since under sections 341 and 342 it is a crime to wrongfully arrest or wrongfully confine someone who has committed no crime.”

Recently, India has been heavily criticized for pushing Internet censorship under the guise of preventing instability in the country. In the past year, their government has successfully convinced companies like Facebook, Twitter, Google, and Microsoft to censor content.