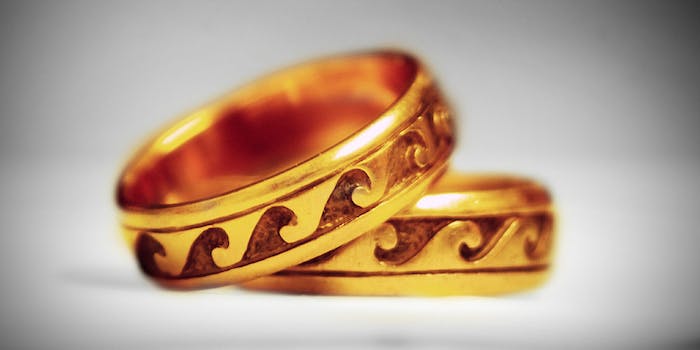 The Muslim 'triple talaq' policy is about to be outlawed.

The era of divorcing women in India with a “triple talaq” is over, after the Indian government voted to ban the Muslim instantaneous divorce practice on Wednesday.

According to the Associated Press, the government moved to outlaw the Muslim Personal Law policy allowing men to divorce their wives by saying the Arabic word for divorce, talaq, three times. The communication didn’t need to be in person, or consecutively, allowing any man to deliver the “triple talaq” over telephone, text, or social media.

India’s government has another six months for Parliament to approve the new ordinance. A law criminalizing the practice, giving offenders three years in prison, attempted to pass last year but was opposed at the upper house, where critics disagreed with the sentences and sought a lesser one.

The practice of the triple talaq, while considered wrong by India’s Muslim Law Board, had previously continued in the country on the basis of religious liberty laws. However, more than 20 counties have banned the practice.

In 2015, a man from Kerala, India, reportedly divorced his wife over WhatsApp, texting her the triple talaq. At the time, scholars were divided over whether it was valid to issue the divorce over the texting app, though the triple talaq was becoming increasingly common. A study at the time showed that 92 percent of Muslim women in India wanted to ban the triple talaq. Currently, progressive Muslim activists have pushed back on the Muslim Law Board’s assertion that the triple talaq shouldn’t be governmentally regulated, but a matter “left to the community.”