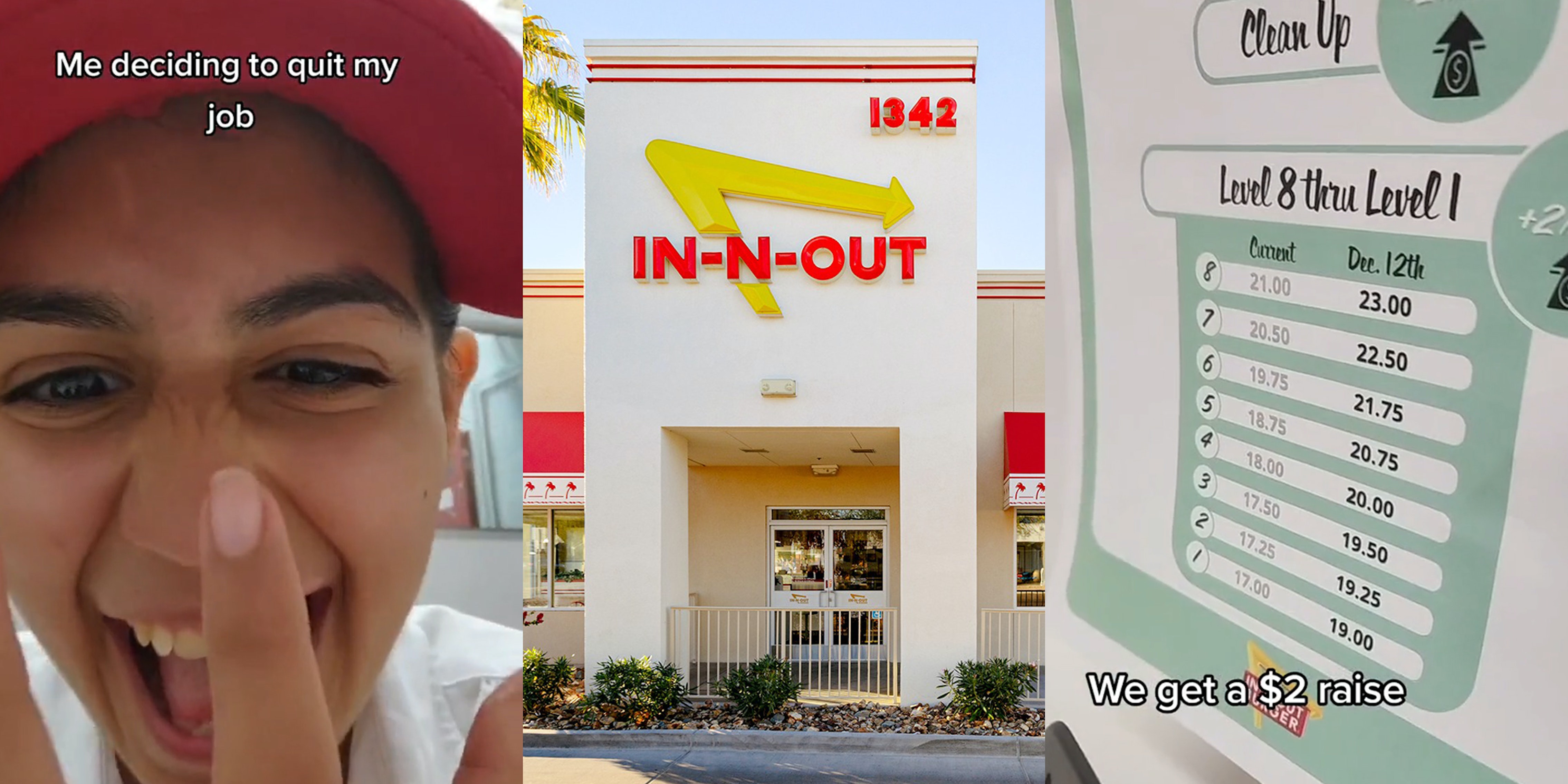 ‘No money is worth the stress from that job’: In-N-Out Burger worker finds out employees are getting $2 raise after quitting

'I left after working there for 3 years, the money was never worth the abuse.'

An In-N-Out Burger worker went viral on TikTok after sharing her discovery that employees will be receiving a $2 hourly raise—after she had already quit.

In the clip, user @celvil711 as she films herself laughing in her In-N-Out uniform, over a popular audio of creator Brittany Broski laughing. The text overlay reads, “me deciding to quit.”

Her face then drops, flipping the camera around to reveal a poster detailing the employee raises. The text overlay reads, “we get a $2 raise,” as the audio plays the Apple Pay ‘ding.’

The poster explains that the new starting pay for In-N-Out workers is $19 an hour, increasing $2 from the previous starting pay of $17 an hour. The sheet states that the raise applies for employees of all pay rates, the highest making up to $23 an hour. The new pay goes into effect Dec. 12.

The content creator expresses her disappointment with her decision in the caption. “Y’all I’m gonna start making $20 and then leave for an internship that starts at $14,” she wrote. The TikToker did not share what state she was employed in.

The video has garnered over 244,000 views as of Tuesday, with viewers arguing that no amount of money is worth comprising your mental health.

“Girl I left after working there for 3 years, the money was never worth the abuse,” one viewer wrote.

“i chose peace and left no matter how good the pay was starting to get,” a second said.

“I just quit no money is worth the stress from that job,” a third echoed.

Others expressed their shock at the new wages for In-N-Out employees, claiming they are paid less in their respective fields.

“Me, a pharm tech making 16/hr at ur local ghetto busy pharmacy w no honored breaks we have to ask for them,” one shared.

“Work at a homeless shelter making 17$,” a second commented.

“Im a part time budget assistant making $15hr and doing a lot of work. I might quit and go at in n out,” a third stated.

The Daily Dot reached out to @celvil711 via TikTok comment.