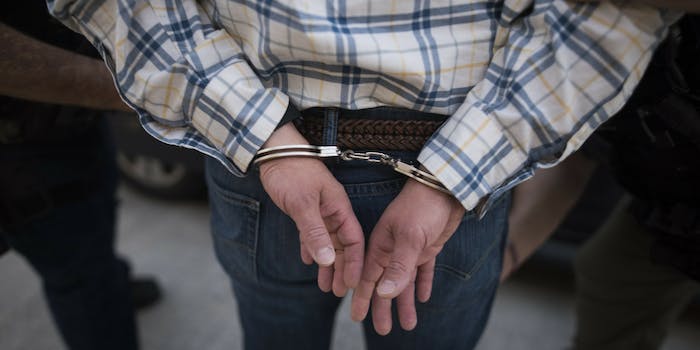 More than half of the assaults were reportedly done by ICE officers.

Between 2010 and September 2017, people in immigrant detention filed 1,224 reports of sexual abuse, harassment, and physical and verbal assault. More than half accused U.S. Immigration and Customs Enforcement (ICE) officers of being the perpetrator, according to a series of public records requests obtained by the Intercept from the Department of Homeland Security (DHS) Office of Inspector General.

The series of documents, written as first-person narratives or accounts summarized by ICE staff or contractors, detail assault and harassment such as attempted assault by officers and gang rape. Of the 1,224 complaints, 56 percent described instances of sexual assault, 25 percent described sexual harassment without physical contact, 22 percent non-sexual physical violence, and 6 percent some form of verbal abuse. In 37 of the complaints, the victim of the incident was a minor.

Out of the 43 investigations for which the Office of Inspector General provided documentation to the Intercept, officials found only three were “substantiated,” 25 reports were “unsubstantiated” or lacking evidence, and 10 were “unfounded,” with evidence pointing to abuse not having happened. In the five remaining cases, the data indicates “information only,” with no further explanation from the office.

The documents detail a deep lack of accountability to take assault and harassment reports seriously and also show systemic complicity and “widespread institutional indifference.” For example, 59 percent of the complaints have been allegedly perpetrated by ICE officers, and 34 percent of complaints named an officer of a witness; 22 percent of all complaints stated that while an officer was a perpetrator, at least one other officer also witnessed the incident.

The Intercept also found the final 43 released investigations to be inconsistent in detail as well as in categorizations, with “scores” of reports being duplicated. Officials recording complaints also left out “crucial information,” or whether an officer was involved as a perpetrator or witness, or was notified of the assault.

Additionally, while the DHS has required ICE to release public information of all aggregated sexual abuse and assault annually since 2014, the agency has never done so. An ICE spokesperson told the Intercept that the agency completed all internal reporting, but the drafts of public annual reports are still under “internal review.”

The DHS was also slow to respond to the Intercept’s public information requests as well. While the latest requests yielded the 1,224 complaints, neither ICE nor DHS’s Office for Civil Rights and Civil Liberties never completed the Intercept’s first and second records requests.

“Ultimately, the agency’s effectiveness at keeping detainees safe and holding perpetrators to account boils down to leadership,” Jesse Lerner-Kinglake of Just Detention International, a group that aims to stop sexual violence in detention centers, told the Intercept. “If ICE’s top officials are willing to make the commitment to ending sexual abuse, the rates of abuse will drop.”

Read the full report at the Intercept.