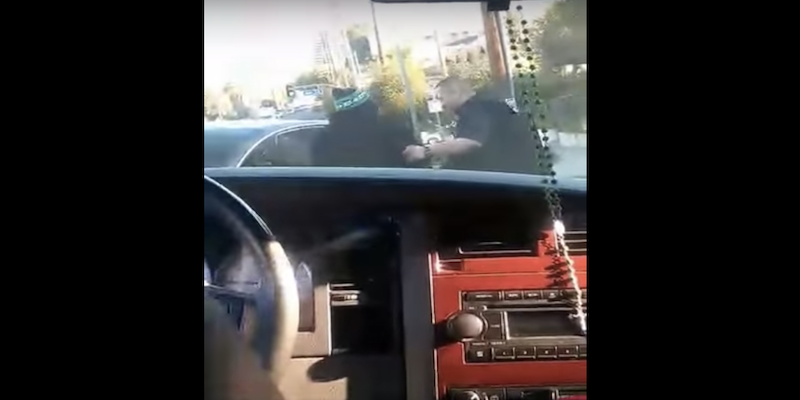 ICE agents nab father while dropping off his daughter at school

His 13-year-old daughter, who filmed the incident, can be heard sobbing as he is handcuffed and placed in an unmarked car.

Immigration authorities detained an undocumented father of four U.S.-born children as he was driving to drop off one his daughters at school in southern California, dramatic video obtained by LAist shows.

Immigration and Customs Enforcement agents pulled over Romulo Avelica-Gonzalez, 48, a few blocks from his 13-year-old daughter’s school in Los Angeles’ Highland Park neighborhood on Tuesday. The arrest of Avelica-Gonzalez, a Mexican immigrant who has lived and worked in the U.S. for more than 25 years, was confirmed by his attorney, Emi MacLean.

The video was captured by Avelica-Gonzalez’s daughter, who used a cell phone camera to film the incident, according to the family. The young girl, who was in the family’s vehicle with her mother, can be heard sobbing as ICE agents handcuff and place her father into an unmarked car.

“Think about the horrific nature of that situation,” MacLean, a staff attorney for the National Day Laborer Organizing Network, told the New York Daily News. “It’s been really devastating for the family.”

See the video below. This is a developing story and will be updated.