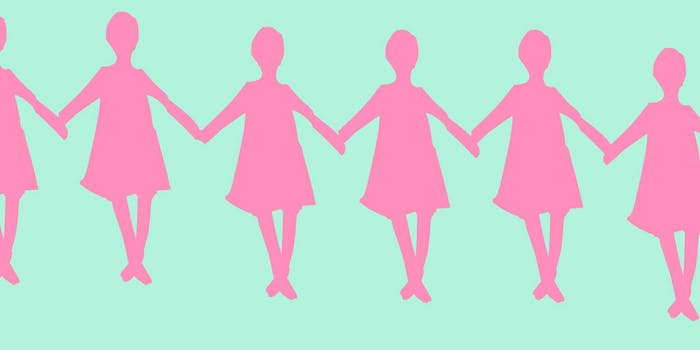 The Hyde Amendment turned 39 on Wednesday. Pro-choice groups say it's time for it to go.

Women’s-health advocates are using the anniversary of the federal abortion-funding ban to call for its repeal.

Congress passed the Hyde Amendment in 1976 to prevent any federal spending going to abortions. Ever since, low-income and homeless women have faced disproportionate difficulty getting abortions, because Medicaid, the federal insurance program, cannot pay for the procedure.

Wednesday is the Hyde Amendment’s 39th anniversary, and pro-choice activists are using the date to launch a campaign to repeal the ban.

The timing of the move is interesting, given the push by conservatives to strip federal funding from Planned Parenthood over its abortion services. It might seem like the anti-Hyde activists face an uphill battle, which is why the campaign has adopted the rally cry #BeBoldEndHyde.

1 in4 Medicaid-qualified women who seek an abortion are forced to carry pregnancy to term due to cost #BeBoldEndHyde https://t.co/N4pLMQvgI7

It took me 6 months to recover financially from my 2010 #abortion. I had insurance. But no coverage. #BeBoldEndHyde. https://t.co/VMfQaAuesF

If a person can't afford $300-600 for an abortion, what makes you think they can afford to properly raise a healthy child? #BeBoldEndHyde

Nobody should be denied SAFE, LEGAL abortion care because of where she lives or how much is in her wallet. #BeBoldEndHyde

The abortion-rights group All Above All posted a new video on Wednesday focusing on the burden low-income women face as a result of Hyde. In the video, women are given neon green paint and cloth banners to create their own statements, while an anthemic voiceover announces that “having less should not mean being less free.”

The All Above All campaign brings together roughly 100 different national and regional organizations. Jessica González-Rojas, executive director at the National Latina Institute for Reproductive Health, told the Daily Dot why people are fighting back against Hyde and other measures that limit who can afford abortions.

“Thirty-nine years ago, the shameful legacy of the Hyde Amendment began, which for decades has denied low-income women access to affordable abortion care,” González-Rojas wrote in an email. “We’re uniting … to demand that each woman is able to get the healthcare she needs, no matter how little money she makes. This video shows who we are—women, youth, and people of color who believe we all deserve to make our own decisions, without politicians interfering.”

The #BeBoldEndHyde campaign began one day after House voted to cut off funding for Planned Parenthood, even though only 3 percent of its services involve abortions.

The anti-Hyde movement also followed closely on the heels of #ShoutYourAbortion, the hashtag that sparked a social-media firestorm when conservative activists began slamming women who spoke out about their abortions.