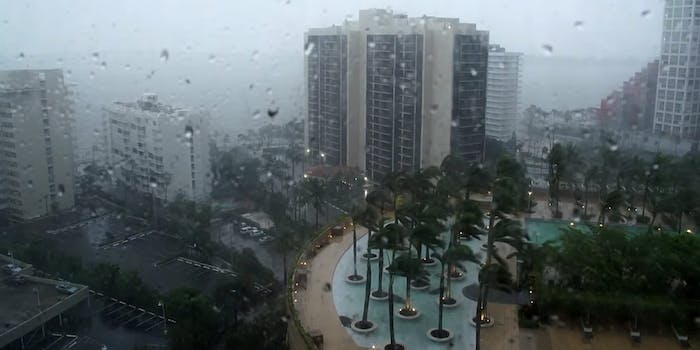 Hurricane Irma forces Miami woman to deliver her own baby

She even cut and tied the umbilical cord herself.

With winds from Hurricane Irma too strong for paramedics to respond, a woman had to deliver her own baby in Miami Sunday morning.

The unidentified woman in the Little Haiti neighborhood called emergency personnel twice in the early morning, but out of over 40 calls that paramedics and fire crews received that night into early morning, they were only able to respond to four as the category 4 storm made landfall. Instead, a dispatcher, with the help of paramedics and a doctor from Jackson Memorial Hospital, walked the woman through delivery over the phone—including passing her placenta and cutting and tying off her umbilical cord.

This morning @CityofMiamiFire crew was able to transport baby and mom to Jackson Hospital.

She was taken to a local hospital once it was safe for emergency crews to get on the road.

From 7pm local time Saturday to 7am Sunday, more than 430 calls came into the Miami fire department, according to Miami Fire Rescue Assistant Fire Chief Pete Gomez. Crews responded to every emergency until about midnight, but flooding and wind gusts of 94 mph made it too dangerous to head out again until later Sunday morning.