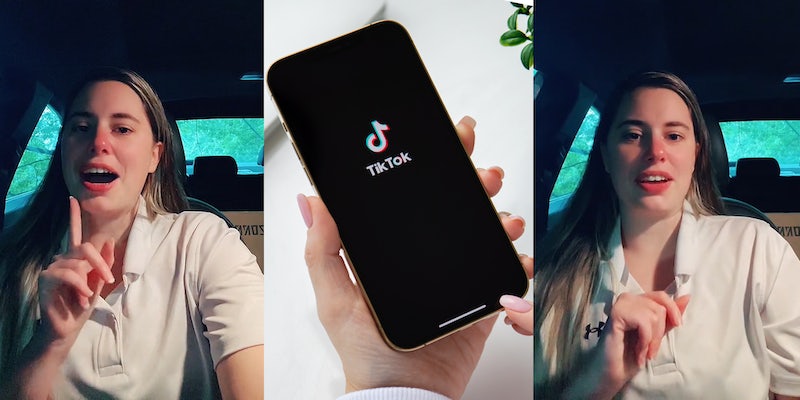 ‘Not my manager lying in my write-up’: Worker’s HR meeting goes south as employer refuses to accept her 2 weeks’ notice

'My manager lied and said that scheduling her employees seven days in a row isn’t common.'

TikTok user Mariah Riggs (@mariahriggs) posted a series of videos after her former employer didn’t allow her to work her final two weeks—even with a notice. And then, it became about Gen Z.

In her initial viral video, which garnered over 160,000 views, she called out her former co-workers at the local Pennsylvania hospital.

“Whoever showed the department my TikToks of me being mad about this place, you’re a snitch … And you also just kind of screwed yourself because now you guys have to work more overtime,” Riggs said.

Riggs posted a two-part storytime of what happened in an HR meeting after the company found out about her TikToks, in which she complained about the hospital’s workplace conditions.

@mariahriggs This meeting was absurd and they did it solely to hang up on me! #hospital #healthcare #toxic #toxicworkplace ♬ original sound – Mariah Riggs

Her manager scheduled the meeting the day Riggs planned to put in her two weeks’ notice.

When the HR representative asked Riggs what her issue was with the company, she said that people were regularly getting scheduled seven days in a row.

“My manager lied and said that scheduling her employees seven days in a row isn’t common,” Riggs said. “You can look at any schedule and at least one person is going to be on a seven-day stretch.”

Riggs said in a video that her manager was the main reason she put in her two weeks.

In the meeting, “she would bring up generational issues, saying that my generation just doesn’t wanna work anymore,”  Riggs alleged.

Riggs brought up specific examples in the meeting of favoritism and unfair punishment, mentioning how her manager lied in her write-up earlier that week.

She said her manager made up excuses.

“She was making me seem like such a bad person and a bad employee, and I was done,” Riggs said.

Riggs said the HR representative told her that she seemed very entitled, and asked her why she was still working there if she didn’t like it.

That’s when Riggs told them that she had her printed resignation letter in hand.

“The HR gentleman told me that I could either put my resignation notice in today—and it would be effective today—or I could just basically act like none of this happened and go back to work.”

She already had a new job lined up in two weeks she said, so she didn’t stay with the company. Riggs said the hospital isn’t paying her during the two-week gap, so she won’t have any income.

“Be extra petty and file for unemployment for the second week,” one commenter wrote.

In a video response, Riggs shared that she did just that.

“She wanted to lie on me and act like I was such a bad person,” she said. “I’m gonna be extra petty, and you’re now gonna have to maybe pay me for it.”

Several commenters called out the HR representative’s inappropriate handling of the situation.

“Was ageism just flung up in front of HR and nothing said about it?!” one commenter asked. “You made the right choice to leave.”

“That is not an HR professional,” another person wrote. “HR’s role is to be neutral and mediate.”

The Daily Dot reached out to Riggs for comment.