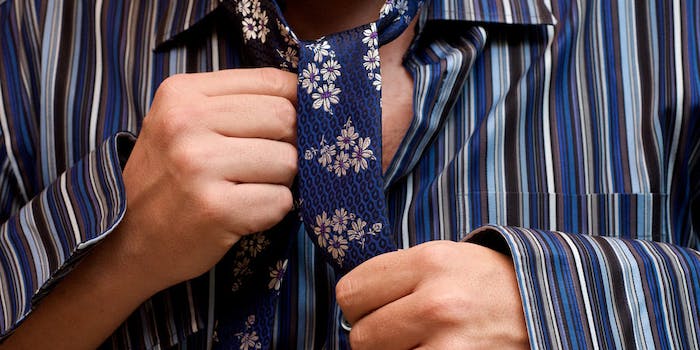 How to: The fastest way to tie a tie

The task that's launched a thousand YouTube how-tos just got even easier.

When it comes to getting dressed, taking off your shirt is the least of your worries.

Already a task that’s launched a thousand YouTube videos, tying a tie is daunting to the uninitiated and a minor pain to the veterans. It’s an extra minute or two you might not have in the morning because you’re running late or you wanted to play 2048 for a few extra minutes.

But that doesn’t mean it’s not worth it (or, perhaps, a job requirement). Plus, with only a few loops on the tie, you have yourself a decent accessory for many occasions. Here’s how to get that knot around your neck in mere seconds:

Was that too quick for you? We’ll break it down.

First, place the tie on your neck with the thinner end on your right side. Then, loop the wider portion twice around your index and middle fingers. 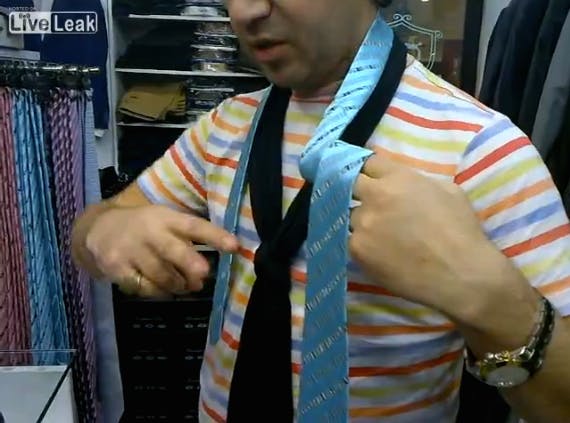 
A few inches underneath the first loop, grab a section of the tie between the index and middle fingers of your right hand. Twist to make a second loop, and hold it in place with the fingers of your left hand. 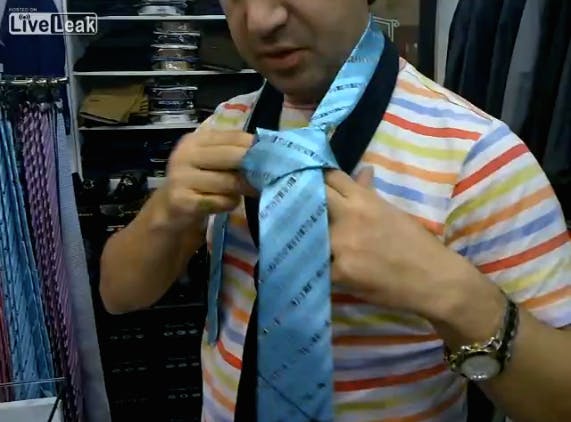 Place the smaller end of your tie through the hole created by the second loop. 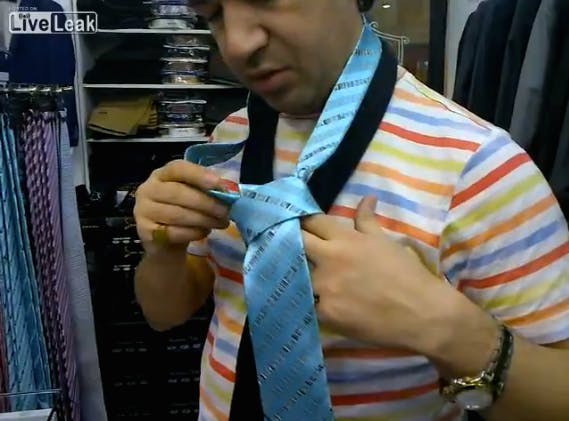 Pull through, and fix accordingly. 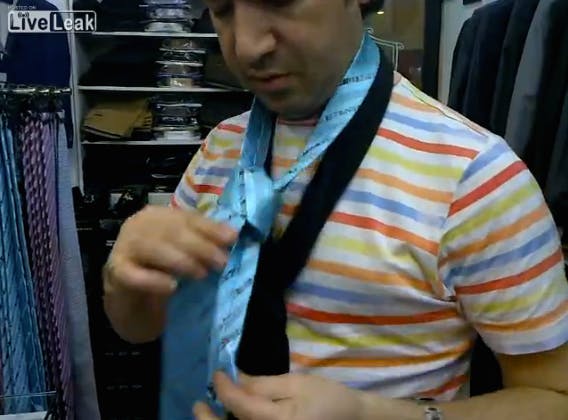 
If this style isn’t your thing, we’ve also included a visual tutorial to other ways to tie your tie. 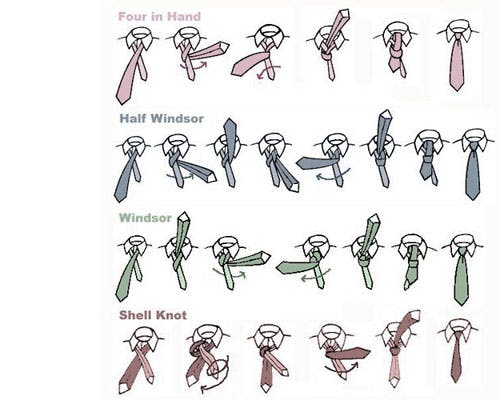 You’ve got some practicing to do.