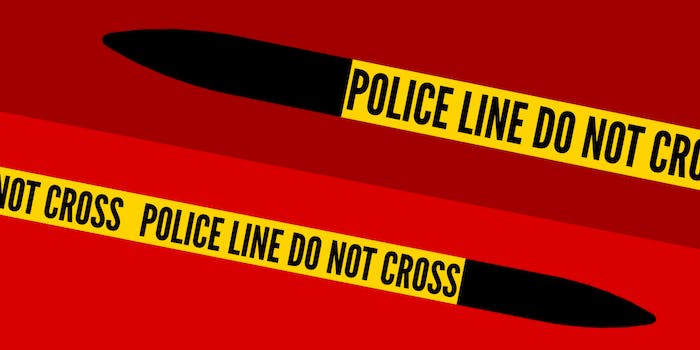 A federal lawsuit was filed Wednesday on behalf of Baker.

Almost two years after 26-year-old Jordan Baker was shot and killed, the Houston Police Department relented on Wednesday and released surveillance video from the night an off-duty policeman shot him at a northwest Houston strip mall.

Although a federal lawsuit was filed Wednesday on behalf of Baker’s estate by his mother, Janet Baker, Houston Mayor Annise Parker said the decision to release the video on the same day wasn’t related to the lawsuit. But when asked if there was anything different that should have been done in the run-up to the release, Parker said the video could have been revealed to the public sooner.

“I actually had not seen this video because I didn’t want to see it, because it’s not about what’s on the video or not on the video,” Parker said, via the Houston Chronicle. “It is about what is the city’s policy in terms of video evidence.”

Parker said the city’s legal department objected to releasing the video because of the pending litigation. But after the police department finished its internal investigation, the mayor’s office met with it and the city’s legal department and eventually decided to show the video to the public. Parker also said that since the city is establishing a body-camera policy for officers next year, Houston needs to establish a permanent policy on releasing these types of videos.

Here’s what the city released Wednesday.

The video’s release comes on the heels of the city of Chicago releasing its graphic video of policeman Jason Van Dyke, who was charged with first-degree murder, fatally shooting 17-year-old Laquan McDonald in October 2014.

In the case of Baker, the lawsuit states that he was “shot and killed without any lawful justification” by off-duty officer Juventino Castro. But Castro reportedly told his supervisors that he stopped Baker because he fit the description of somebody who had been accused of recent burglaries.

Castro said Baker ran when Castro approached and then reached into his waistband. That’s when Castro, who claimed he feared for his life, said he fired once and hit Baker.

Two days before the tape was released, people described by the newspaper as “activists and supporters of Baker, his mother, and his young son” went to police department headquarters and demanded the video be made public. More from the Chronicle:

On Monday, HPD spokesman John Cannon confirmed the existence of footage from the incident, but would not reveal the source, the contents or whether the video showed Baker’s death. The department also released a statement saying that because of potential litigation, “HPD will not release any evidence regarding this case at this time as permitted by the Texas Government Code.”

The statement also asserted that Castro’s actions were “within compliance with departmental policy and state law” and noted that that case had been reviewed by the Independent Police Oversight Board and a Harris County grand jury, which cleared the officer of criminal wrongdoing in December 2014.

Besides Castro, there apparently were no other witnesses to the shooting.