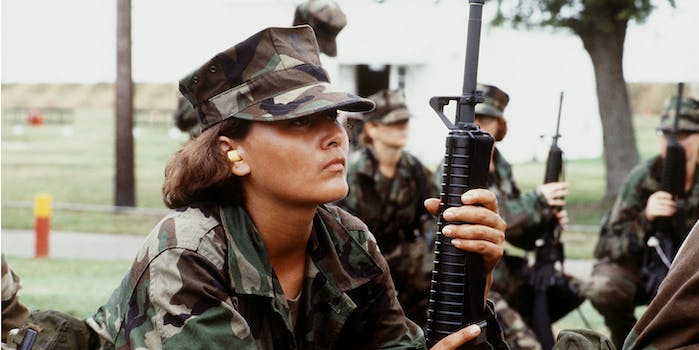 Female service members are still shaken after the Defense Department revealed that a Facebook group called “Marines United” was facilitating non-consensual nude image sharing of women in the armed forces. Populated by over 30,000 active-duty and former Marines, the group led to a military investigation and a promise from Marine Corps Commandant General Robert Neller for better enforcement of Marine conduct.

Now, the House of Representatives is stepping in. The House unanimously passed a bill yesterday that would amend the Uniform Code of Military Justice to prohibit non-consensual photo sharing across the military, with violators subject to court martial.

The bill was introduced into the House by Rep. Martha McSally (R-Ariz.), a former Air Force colonel. She shared strong words on the floor against the Facebook group, calling its users “neanderthals.”

“The neanderthals who committed these acts are not emblematic of the vast majority of decent and honorable service members,” McSally said, according to the Cut. “However, the notion that any service member would think it is acceptable to upload, view, or comment on nude photos of their fellow service members is a serious problem that must be fixed.”

The bill goes to the Senate next for approval.